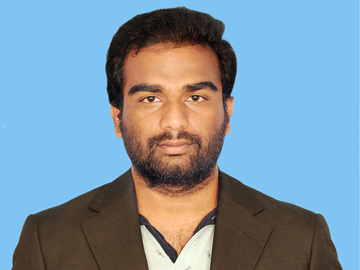 A personal incident motivated Jithin Peram, final year Computer Science Engineering student, to start Amruthik Pvt. Ltd, a company which supplies customised food to various hospitals based on the specific needs of the patients. Various doctors and hospitals have appreciated this customisation of food as per the need. Patients are satisfied as they do not have to take the generic food given by the hospital canteen now. Instead, they have the option to have a very specific diet prescribed by certified dieticians.

The motivation behind the launch of Amruthik is quite inspirational. Jithin’s grandfather passed away due to corona. While his grandfather was suffering with Covid-19 and was admitted in hospital, Jithin was preparing for viva practicals. On hearing the news, he was shattered and it struck him how quickly everything can change around us. Since Jithin was not able to do small things such as taking lunch to his grandfather or standing next to him for moral support; With Amruthik, Jithin dreams of being there for people who need moral support and care in their hospital beds “This makes me happy, and I believe this kind of support is something everyone deserves”, says Jithin on a happy note.

Five years from now, Jithin envisions himself supporting, helping and standing by millions of people who need such services. He believes in putting smiles on faces and wants to see the impressive growth of his company.

As an engineering student, I would have never known the opportunities I have, even with the idea to build my company I would have been lost without proper guidance The Hatchlab Research Centre has given me guidance and a foundation that I can rely upon building my company.

I am thankful for the immense support I got from the faculty and the guidance provided by SRM AP, I especially thank Mr Udayan Bakshi for mentoring me and sharing his experiences with me.