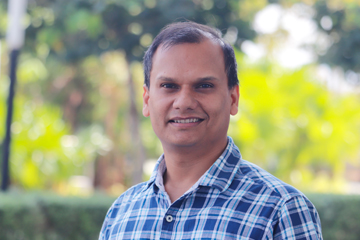 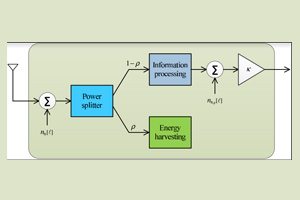 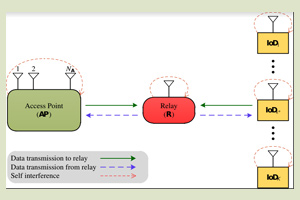 Multiuser FD-IoT network with
wireless-powered TWR Motivated by the above discussion, in this work we consider a full-duplex IoT network in which a multi-antenna access point and several single antenna IoT devices exchange information bidirectionally with the aid of a wireless-powered single-antenna relay, under generalized Nakagami-m fading channels. In particular, we consider the power splitting protocol at the full-duplex relay terminal, and each communication terminal operates in the full-duplex mode. For such a network, we first formulate the instantaneous end-to-end signal-to-interference-plus-noise ratios (SINRs) by employing maximum-ratio transmission (MRT) beamforming and maximum-ratio combining (MRC) at the access point A, as well as IoD scheduling. Then, based on the obtained SINRs, we evaluate the overall outage probability and ergodic sum-rate of the network. Furthermore, we develop an optimal power allocation to maximize the network’s EE. 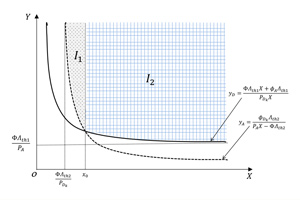 Integral area for the
overall outage probability Recently, with many technological advancements in wireless data transmission, IoT is expected to affect all aspects of our daily lives with its ever-growing and emerging applications. Traditional wireless communication networks are usually limited by the operational time of energy-constrained devices, and therefore energy consumption minimization is a crucial factor in IoT networks. Simultaneous wireless information and power transfer have emerged as a sustainable solution to the scenarios where replacing or recharging batteries is very costly, and may even be impossible. The basic idea of simultaneous wireless information and power transfer is that since radio frequency signals can carry information and energy at the same time, the received radio frequency signals can be utilized for energy harvesting to keep the energy-constrained devices operational. Existing studies adopt two different protocols, namely time switching and power switching, to implement simultaneous wireless information and power transfer receiver architecture. With these protocols, either the power or time of the received signal is split so that one part is used for information processing, and the other is used for energy harvesting.

Dr Pandey is now not only working for the commercial applications of his current research but also has devoted himself to his future projects, that include-
Full-Duplex Network Development for Green Healthcare Systems.
Energy-Efficient Cyber-Physical Systems and Internet of Things.
Development of Energy-Efficient Agriculture Systems.
Green and Intelligent Transportation over Full-Duplex Context-Aware Pervasive Systems.