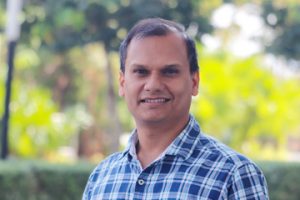 In order to develop efficient Wireless Sensor Network (WSN) services, several methods have been proposed for node localization, clustering of sensor nodes, new routing algorithms, adaptive duty cycles, usage of mixed-transmission models, placement of intelligent gateways, usage of mobile elements, and bypassing holes. However, the introduction of small-world characteristics in a WSN has hitherto not been used in this context. A small-world network is typically characterized by a low average path length and high average clustering coefficient and has been widely used to model social networks. However, small world models have not been used in the development of WSN. The primary objective of this research is to develop small world models for WSN services such as sensor node localization, data gathering, data fusion, network lifetime maximization, energy-balancing, reduced data transmission delay, time synchronization, energy-harvesting, and robust distributed detection and estimation. A small world WSN reduces the number of hops required for data transmission, and maximal utilization of sensor nodes closer to the sink. Other advantages of small world WSN include efficient bandwidth utilization, increased network lifetime, and fast convergence of event detection and parameter estimation. Small world WSN developed in tandem with novel routing strategies leads to improved WSN services for various applications.

In WSNs, sensor devices transfer the data cooperatively using multiple hops over a network. Multiple hops required for data transmission over a WSN leads to reduced network performance in the context of device localization, energy efficiency, energy balancing, data latency, speed of event detection and parameter estimation, and network robustness. This is because of poor distance estimation between sensor device pairs, maximum utilization of sensor devices closer to the sink, and a short radio range of sensor devices. Hence, the primary focus of this research work is to reduce the number of hops required for data transmission. In this context, Small World Characteristics (SWC) can be introduced in a WSN, leading to a small world WSN (SW-WSN). An SW-WSN is a well-connected network with reduced hop counts between node pairs.

Small world phenomena were first observed by Stanely Milgram in social connectivity of people. Later, it came out as a theory of “six degrees of separation”. Six degrees of separation claims that all people are six, or fewer, social connections away from each other. This theory is also known as the 6 Handshakes rule. Further, small-world phenomena have been investigated in graphs. Subsequently, SWC is observed in wireless networks. In general, small world WSNs (SW-WSNs) are characterized by low Average Path Length (APL) and high Average Clustering Coefficient (ACC). For an undirected WSN with N nodes, representing a regular network, the APL increases linearly with the number of nodes present in the network. On the other hand, in a WSN having SWC the APL, between two randomly selected nodes grows proportionally to the logarithm of the number of nodes in the network. “WSNs are spatial graphs, where links are created using radio connectivity. There is a limit on the radio range of a sensor node, hence in such networks, the long-range connections are generally absent. Thus, these networks are clustered, but they do not experience small-world phenomena. Hence, the primary focus of this work is to develop SW-WSN using various methods leading to efficient WSN services” explained Dr Pandey.