A Critical Analysis of Faith-based Healing

A Critical Analysis of Faith-based Healing 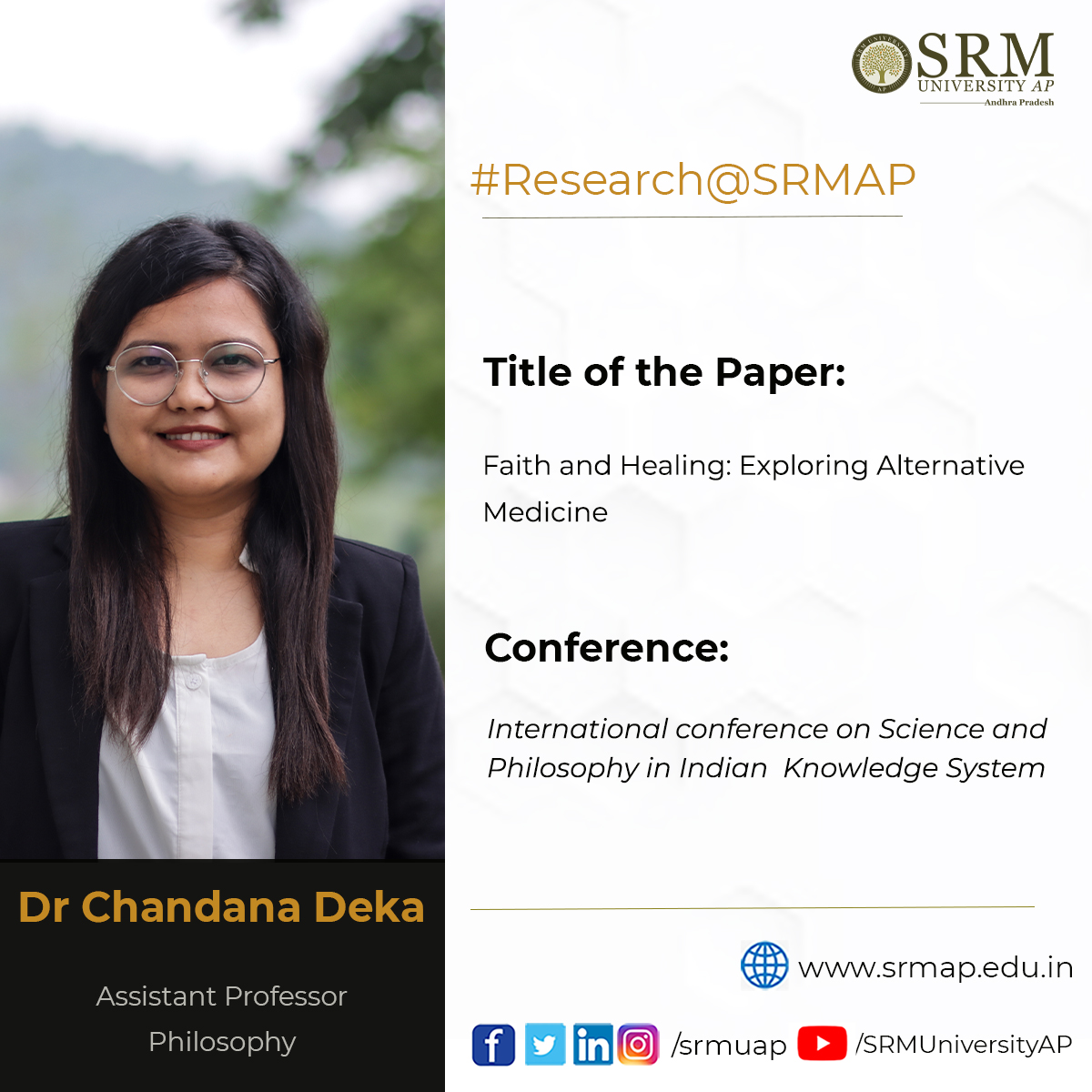 Dr Chandana Deka from the Department of Liberal Arts presented a paper titled Faith and Healing: Exploring Alternative Medicine at the international conference on Science and Philosophy in Indian Knowledge System organised by the Institute for Science and Spirituality Delhi in partnership with Noida International University IKS Division, Ministry of Education, Govt. of India from December 17 to 18, 2022. Her paper has also been published as part of conference proceedings.

Fideism is a school of thought that gives importance to faith as against reason in matters related to religion. Fideism is defined as “the view that religious belief systems are not subject to rational evaluation” (Peterson, 2003). But matters related to religion do not confine only to the transcendental aspects of religion, it also impacts and influences the socio-cultural and ethical aspects (Durkheim, 1912). In this paper, the researcher discusses one such socio-cultural aspect of religious faith, that is, religious healing. Faith-based healing is often considered one form of alternative medicine (Andrew Village, 2005). In this paper, she explores this faith-based healing and contends that not all forms of faith-based healing can be appropriated. She tries to give a theoretical justification as to which forms of faith-based healing can be adopted and which need not be. The research is analytical and critical in nature based on materials that include books and articles written on fideism and different religious Texts.