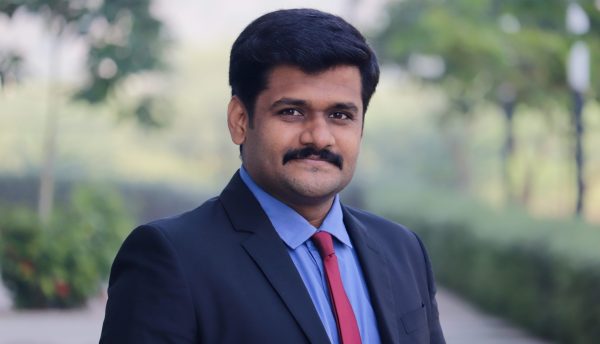 Imaging various three-dimensional (3D) objects under ultra-darkness is a fascinating process. However, our conventional cameras are not intelligent enough to capture the experience. Dr Inbarasan Muniraj, Assistant Professor in the Department of Electronics and Communications Engineering, is all about changing that.

Dr Inbarasan Muniraj’s project, “Sensing in the dark: An automated off-focused points detection and removal from the photons starved 3D volumetric dataset”, has received a SERB-SRG-DST of Rs. 20.8 lacs for a two-year duration.

Dr Muniraj describes his project as such,

“Assume that there is no external light, e.g., a dark room, when you capture an image using a camera (mobile or DSLR). Often, the captured images will look dark, and it is too difficult tointerpret anything from the picture. However, algorithms have been developed to make use of the low scattered photons from a scene to estimate the equivalent normal intensity image. We use one such technique to generate photons-counted images for a 3D object and perform a 3D image reconstruction. One of the major problems in 3D reconstruction is off-focused points which look blurry and redundant. Therefore, in this project, we aim to employ a deep learning technique to smartly recognise and remove the off-focused points from a reconstructed 3D scene under photons starved conditions.”

Dr Inbarasan Muniraj is the sole investigator of this project. According to him, there are much more extensive social implications associated with this project. To note, this technique can be extended for various applications such as night vision, security, and biomedical imaging etc.