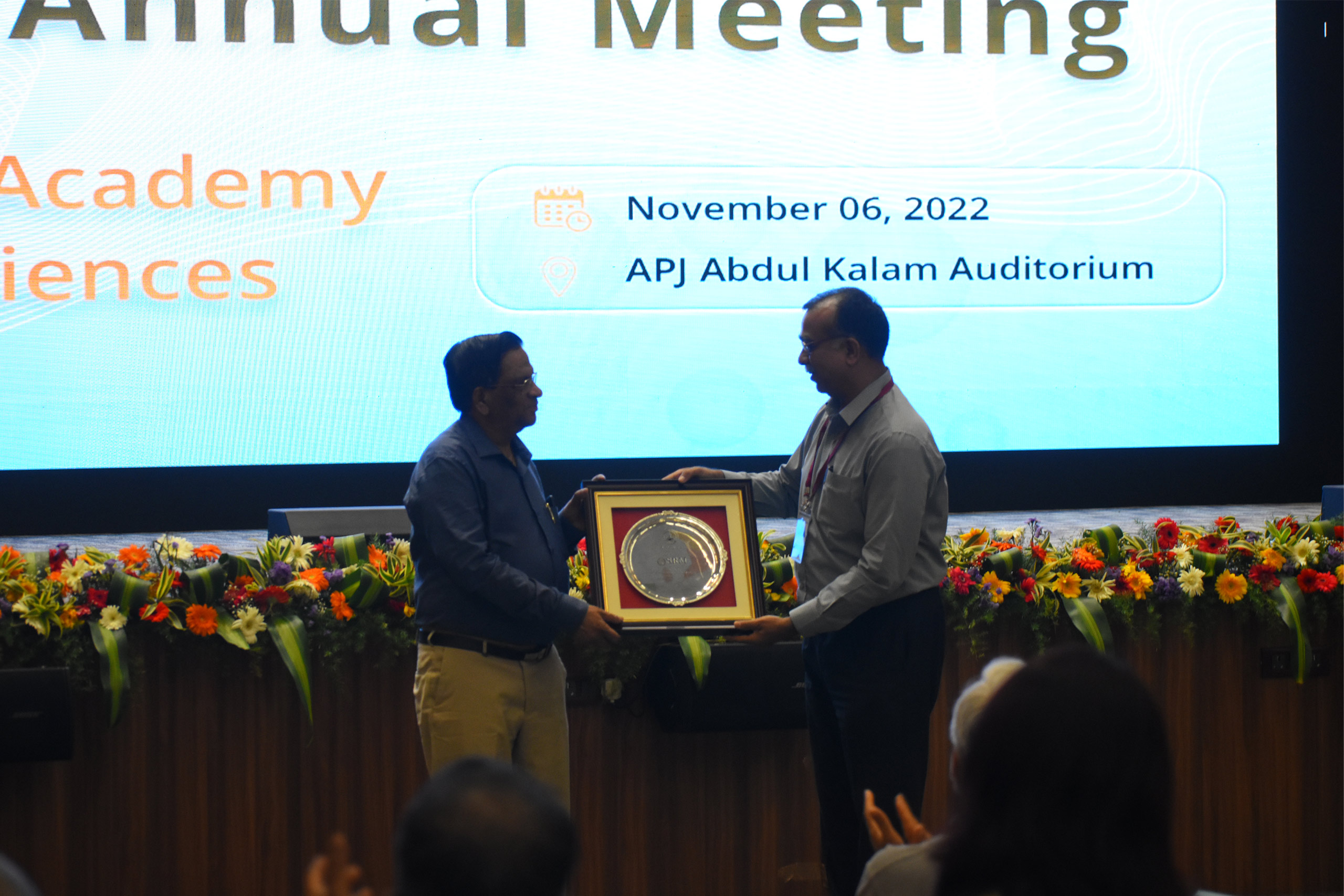 The three-day-long 88th Annual Meeting of the Indian Academy of Sciences came to an end at SRM University- AP on November 06, 2022. On the final day of the Meeting, Dr Swapan K Ghosh, University of Mumbai, chaired the first set of Lectures by Fellows/Associates Dr Prabhat Mandal, SN Bose National Centre for Basic Sciences, Kolkata; Dr Jitendra K Bera, IIT, Kanpur and Dr P Sreenivas, University of Hyderabad, were the speakers.

Dr Pranab Mandal spoke on the topic “A new paradigm for understanding solids”. He briefly discussed the conventional electronic states, which have been realised in the band theory of solids. The theoretical foundation and experimental realisation of topological electronic states in several condensed matter systems were also covered in the lecture.

“Water as a reactant in organometallic catalysis” was the topic presented by Dr Jitendra K Bera. The talk focused on the hydration of nitriles and alkynes, olefin oxygenation, alcohol oxidation to acid, and oxidative deamination of primary amines using water.

The last speaker of the session was Dr P Sreenivas, and he dealt with the topic “An advanced Ensemble Kalman Filter based ocean-atmospheric coupled data assimilation system and its impact in enhancing the Indian monsoon predictions”. He elaborated on how the new system incorporates theoretically advanced features of flow-dependency and ensemble-based analysis, and the predictions using the new system simulate the large-scale monsoon features and convection canters well and improves Indian Summer-monsoon-rainfall prediction skill with a gain of one month lead time.

Dr Suchana Taral’s talk was on “Source-to-sink pathway of the Himalayan sediments: New evidence from the eastern Himalayan foreland”. In the lecture, she proposed a new model for the evolution of the eastern foreland basin, taking into account the hierarchical stratigraphic response to eustatic and tectonic forcing.

“Mycobacterium Tuberculosis programs mesenchymal stem cells to establish dormancy and persistence” was the topic presented by Dr Gobardhan Das. He explained that Tuberculosis treatment displays a biphasic bacterial clearance, in which the majority of bacteria clear within the first month of treatment, but residual bacteria remain nonresponsive to treatment and eventually may become resistant. Then he proceeded to show that Mycobacterium Tuberculosis was taken up by mesenchymal stem cells (MSCs), where it established dormancy and became highly nonresponsive to isoniazid, a major constituent of directly observed treatment short course (DOTS).

Dr Sneha Sagarkar talked about “Reward memory recall: Role of Glutamatergic Neurotransmission in the dentate gyrus”. She explained why the reward association process is critical for memory-guided decision-making that deteriorates mental illnesses such as binge eating disorders (BED), drug addiction, and schizophrenia.

The Special Lecture titled “Nobel Prize for Physics 2022: From Foundational Questions in Quantum Physics to Cutting Edge of Today” by Sadiqali Rangwala, RRI, Bengaluru, had V A Raghunathan, RRI, Bengaluru as the chairperson. He discussed the physics problems from first principles and highlighted how the pathbreaking experiments were done, which led to the Nobel Prize.

In the Public Lecture titled “The Modern Life of an Ancient Language”, Dr Ananya Vajpeyi from the Centre for the Study of Developing Societies, New Delhi, revisited the history of Sanskrit in modern times. According to the speaker, Sanskrit finds new life and meaning in a world shaped by nationalism, science, and struggles over identity. Vibrant cultural programmes by the students of SRM AP were also organised as a part of the 4-day long celebration of Science and Technology on campus. IASc President Prof Umesh Waghmare felicitated SRM AP Pro Vice-Chancellor Prof D Narayana Rao for successfully hosting the 88th Annual Meeting of the Academy. 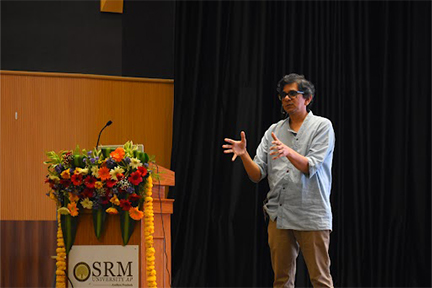 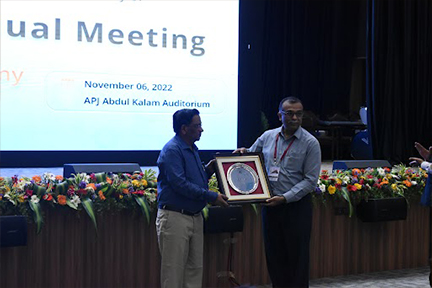 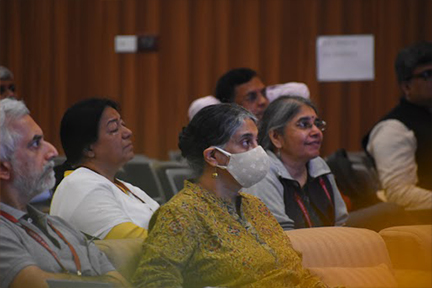 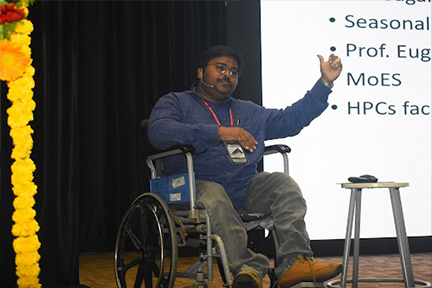