“Contemporary Literary Review India” publishes “The War”: A Poetic Representation of the Eternal Struggle for Existence

“Contemporary Literary Review India” publishes “The War”: A Poetic Representation of the Eternal Struggle for Existence 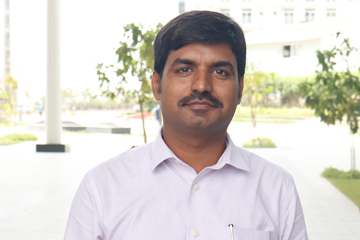 “He shines Hot, I absorb the heat intense;
He comes down with all blaze, I disappear slow;
He boasts his victory Grand, roars High;
The world surrenders to his Will and Grace”

Dr Ram Kulesh Thakur’s poem titled ‘The War’ is a metaphoric poetic tale that depicts the strife and struggle of the human race against the challenges that question their identity and existence. The poem has been recently published in the reputed journal “Contemporary Literary Review India” in its May 2020 edition where it was avidly congratulated by the readers.

The poem ‘The War’ reflects the continuous state of turmoil that any sensible person faces each second, each day. One has to be mighty enough to deal with all the impediments and strive to better one’s life; not only for the personal benefit but at the same time for the entire Humanity. In the poem, the speaker, a tiny water droplet, dares to war against the imperious and despotic Sun and in the attempt loses its identity itself. However, the droplet does not lose hope. It makes an attempt to survive and joins others to form a cloud. The Cloud, as known, can fight gloriously and save the world from the intense heat of the Sun. Thus, the water droplet stands victorious. The poem reminds us of how determination and wisdom can eradicate all hindrances that lie in our paths. The poem teaches and inspires one to fight for good and never to give up until one succeeds.

Dr Thakur belongs to the school of thought that advocates “Art for Life’s Sake”; and therefore, he celebrates ‘life’ and illustrates his ‘day to day experiences’ in his creative write-ups. Whenever Dr Thakur can manage some time between his teaching duties as an Assistant Professor at the Department of English, he indulges in publishing both ‘Academic’ and ‘Creative’ write-ups in noted Journals and Newsletters such as Indian Book Chronicle, Poetcrit, Contemporary Literary Review India, Akshara. His natural inclination is towards the ‘Academic’ writing. Presently, two of his essays are under review to find its place in the most reputed international magazine ‘World Literature Today’.

Dr Thakur has been working on two major and a few minor projects simultaneously. His latest creations, “Teaching English to Non-English”, a compilation of essays celebrating his personal ESL/EFL Classroom experiences; and “Shadow under the Shade”, a novella with 12 chapters, are expected to hit the bookstores by January 2021.

The arrogant Sun mocks my little stature,
Challenges my weak and fragile form;
I stand firm to show the worth of a pure Soul,
Prepare for the tussle Great;
He shines Hot, I absorb the heat intense;
He comes down with all blaze, I disappear slow;
He boasts his victory Grand, roars High;
The world surrenders to his Will and Grace;
At once, it grows dark, the birds chirp;
The delight to each floats on air,
They look to the Savior above:
To see a CLOUD, that was a water-drop.