Vector Bundles: Sixth distinguished lecture from the Department of Mathematics

Vector Bundles: Sixth distinguished lecture from the Department of Mathematics 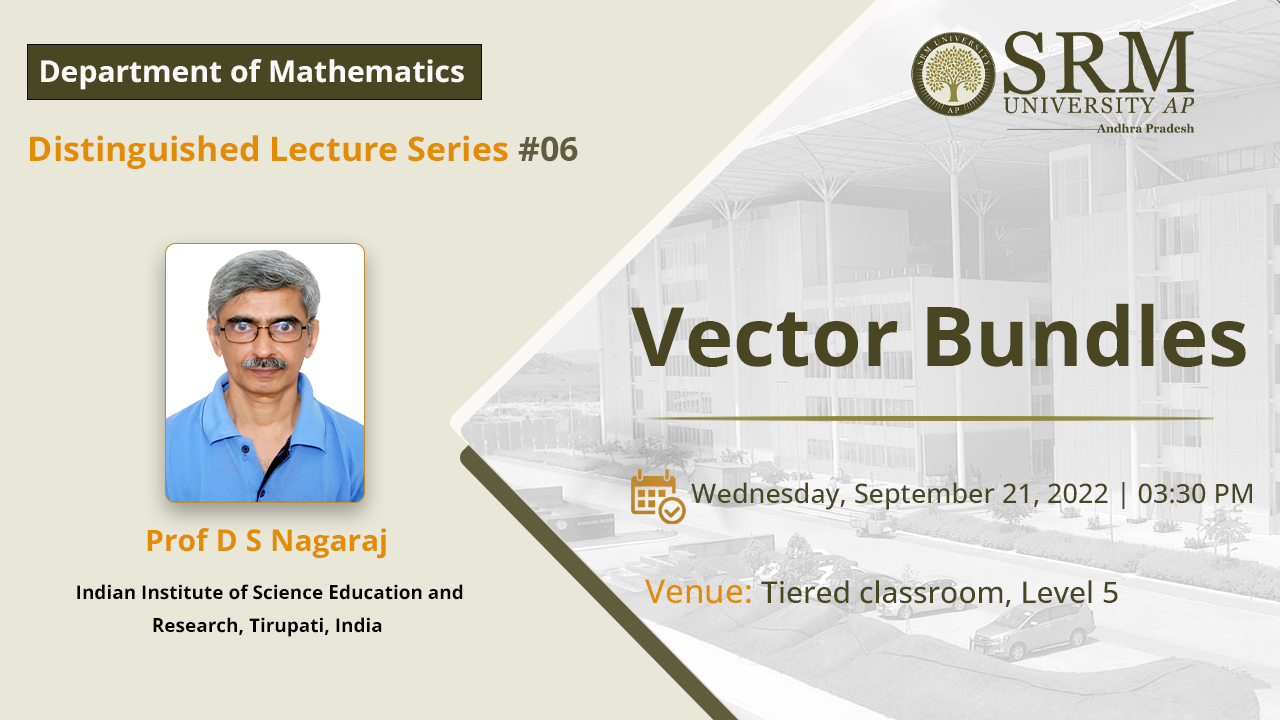 The concept of vector spaces and linear maps between vector spaces are used in all branches of mathematics. The Department of Mathematics is organising the sixth distinguished lecture Vector Bundles in affiliation with the Indian Institute of Science Education and Research, Tirupati, India. Renowned Indian Mathematician Prof D S Nagaraj is the keynote speaker of the lecture.

Prof D S Nagaraj did his PhD from the Tata Institute of Fundamental Research (TIFR), Mumbai. He was a professor at the Institute of Mathematical Science (IMSc), Chennai, one of the premier research institutes in India. After his retirement in 2018 from IMSc, he joined as a professor at IISER, Tirupati, and currently is the head of the Mathematics Department there. A conference on the occasion of his sixtieth birthday was held at IMSc in 2018 to celebrate his works. His areas of interest include Algebraic Geometry, Commutative Algebra, and Number Theory. His profound scholarship on the subject influenced many young scholars who later became well-established mathematicians. He is exceptionally generous and approachable to young students who would try to learn algebraic geometry for the first time. He has significantly impacted a generation of mathematicians as a researcher and a great teacher. He was elected as a fellow of the Indian academy of sciences in 2010 and 2017.

Join the lecture through the zoom link!