ICMR-NIN Scientist on the Dietary Risk Factors for NCDs

ICMR-NIN Scientist on the Dietary Risk Factors for NCDs 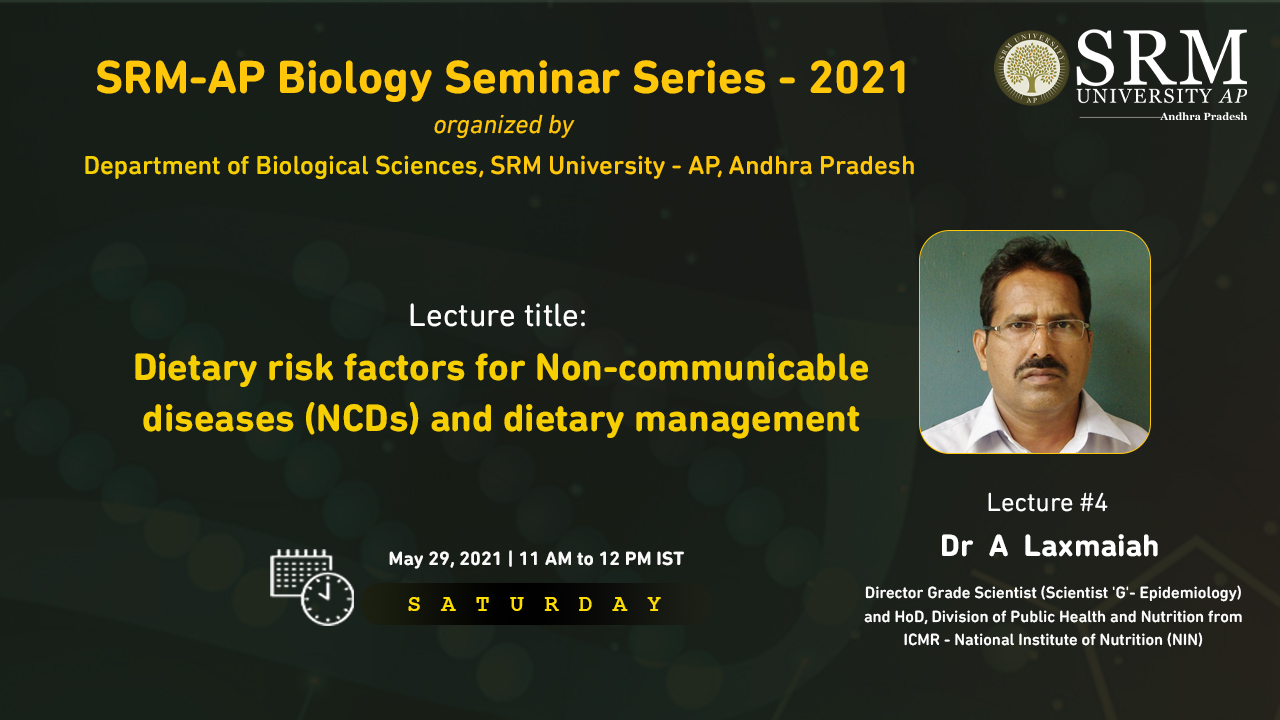 A profound and astute fourth edition of the Biology Seminar Series on the theme “Dietary Risk Factors for Non-communicable Diseases (NCDs) and Dietary Management”, which was held on May 29, 2021, addressed the vital questions on factors contributing to the rise in non-communicable diseases. Dr A Laxmaiah, Director Grade Scientist (Scientist ‘G’- Epidemiology) and HoD, Division of Public Health and Nutrition from ICMR – National Institute of Nutrition (NIN), elucidated on the topic and discussed the role of nutrition in alleviating such risks.

Dr Laxmaiah stated that almost 38% of children in India are stunted and over 21% are wasted, which is a very alarming statistic. He also noted that, according to reports, more than 60% of the country’s population suffers from iron deficiency, as well as other serious vitamin deficiencies. According to him, a 2016 study discovered that almost 5.8 million people die in India each year because of non-communicable ailments. Dr Laxmaiah stated that the rise in NCDs is primarily due to smoking, physical inactivity, harmful alcohol consumption, and unhealthy diet. The poor dietary intake among Indians was identified as an alarming issue and he further highlighted the need for individuals to adhere to a traditional diet rich in vitamins and minerals. The session was aimed to raise community awareness on the risk factors for non-communicable disease and the urgency of taking action to address the growing concern of NCDs.

Upon the completion of the lecture, an interactive discussion session followed with the topic overview, providing participants with an opportunity to ask in-depth questions.