An Odyssey of Physics: The eminent Guest lecture series

An Odyssey of Physics: The eminent Guest lecture series 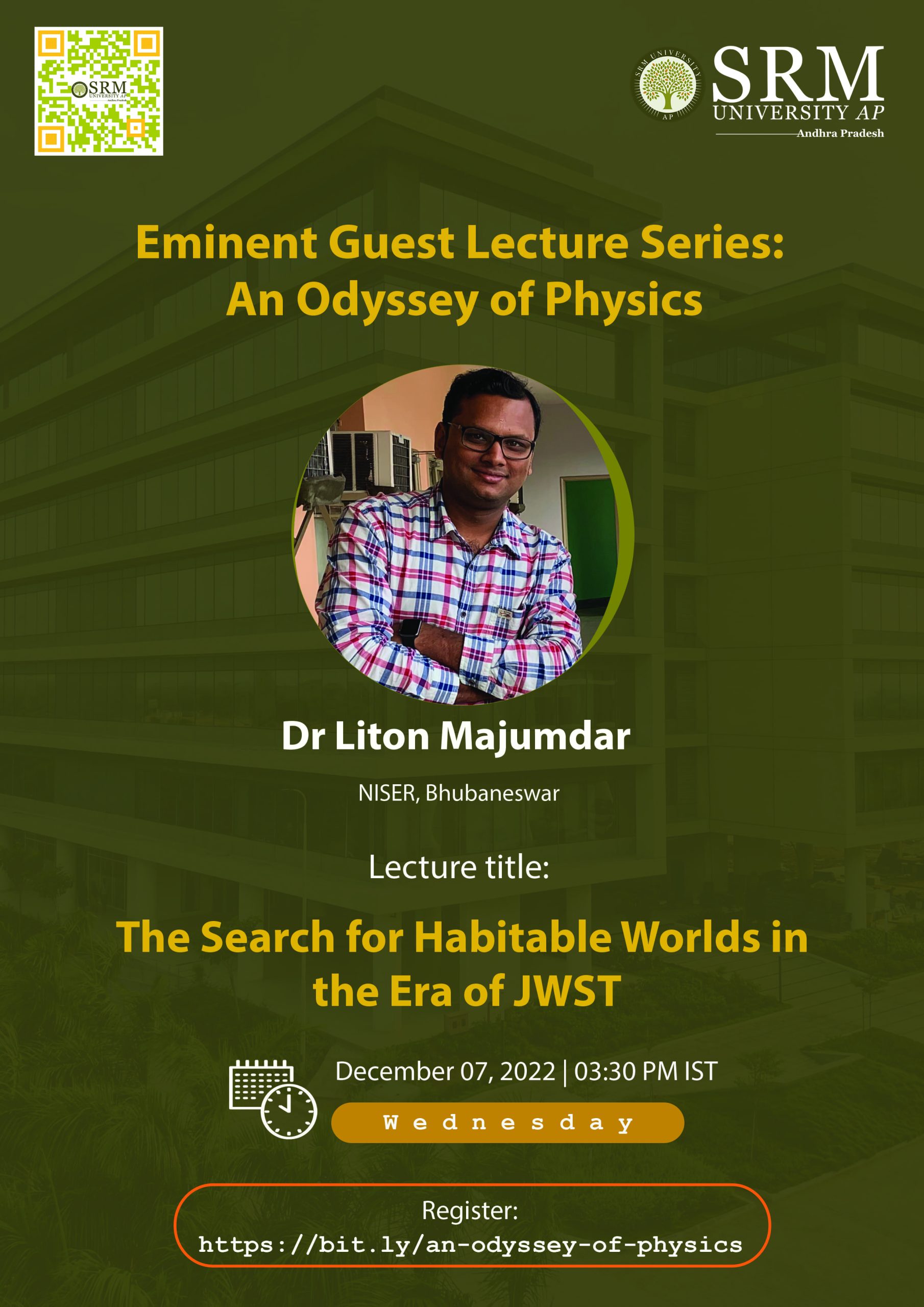 James Webb Space Telescope (JWST) is the largest optical telescope in space that conducts Infrared Astronomy. The Department of Physics is coming up with an eminent Guest lecture series, An Odyssey of Physics, to bring the trending topics in the domain of physics for an impeccable dialogue. The first session of the series is on The Search for Habitable Worlds in the Era of JWST by Dr Liton Majumdar from the National Institute of Science Education and Research (NISER) Bhubaneswar.

Abstract of the talk

One of the most exciting developments in astronomy and astrophysics is the discovery of planets around stars other than the Sun, termed ‘Exoplanets’. The discoveries of these exoplanets have revealed an astonishing diversity in their physical characteristics – masses, temperatures, radii, orbital properties, and host stars. Exoplanets known today range from super Jupiter to Earth-size rocky planets over a wide range of temperatures, including several in the habitable zones of their host stars. In this talk, the speaker will discuss how these planets form, why they differ from those in our solar system, and which ingredients are available to build them. Furthermore, he will also discuss how we study the atmospheres of these exoplanets using a combination of ground and space-based observations and numerical models and thereby characterise them. In addition, there will be discussions on the near future of this emerging frontier in the context of significant advances expected from facilities such as JWST, ARIEL, and large ground-based telescopes.