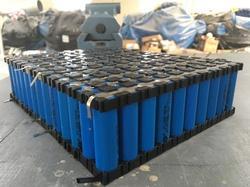 Lithium-ion Batteries Research: A Nobel Cause

If the portable electronics industry has revolutionised the way we communicate today, then we have a lot to thank Lithium-ion Batteries for providing the building blocks. These humble batteries have powered this high tech revolution. It’s probably why Lithium-ion Batteries are rated as one of the most influential pieces of materials science that impact modern life. So when John B Goodenough, University of Texas at Austin, M Stanley Whittingham, Binghamton University, and Akira Yoshino, Meijo University, were announced as Nobel Prize winners in Chemistry for their work on Lithium-ion Batteries, it was a seen as a recognition long overdue.

After Royal Swedish Academy of Sciences in Stockholm announced the distinguished winners of the richly deserved awards it said in a statement, “Lithium-ion Batteries have laid the foundation of a wireless, fossil-fuel-free society, and are of the greatest benefit to humankind.” They have been the bedrock for the modern technology-driven world we live. It’s interesting to note that Lithium-ion Batteries have been around for three decades. While mobile technology has gone through a dramatic change only in the past few years, battery technology hasn’t bettered Lithium-ion Batteries for 30 years. That shows you what a powerhouse of a discovery it has been.

It was in the 1970s that M Stanley Whittingham began the work to overcome the drawbacks of earlier rechargeable batteries, mostly the amount of energy they could store. Lithium’s properties made it an ideal material for the batteries. His first Lithium Battery was also developed in a bid to promote and look for fossil-free energy solutions. However, the batteries ran the risk of exploding, which is why he added Aluminum to Lithium in the anode of the battery. John B Goodenough used Cobalt Oxide for Cathode and it instantly doubled the battery voltage. Akira Yoshino used the technology to create the first commercial battery in 1985.

John B Goodenough aged 97 is the oldest Nobel Laureate ever. According to him, when he started his work on Lithium-ion Batteries, he couldn’t imagine the impact they would have. “I didn’t know what electrical engineers would do with the battery. I really didn’t anticipate cellphones, camcorders and everything else,” he said in an interview. But the fact is that today they are at the heart of several modern technologies, from mobile phones and laptops to electric cars. Since Lithium-ion Batteries hold the electric charge longer, they have intrinsically enhanced the viability of electric cars that will be the need of the future.

SRM University-AP has set up Amara Raja Center for Energy Storage Devices in collaboration with the Amara Raja Group. The center is fueling the advanced research on Li-ion and beyond Li-ion batteries that aims to revolutionize the world in upcoming years. Ultra-fast charging of devices, new materials for energy storage devices, more efficient batteries and even more R&D are being carried at the center.

At SRM University- AP, we realise the need for research for making the world a better place and we strive to make it happen, for us and for you!