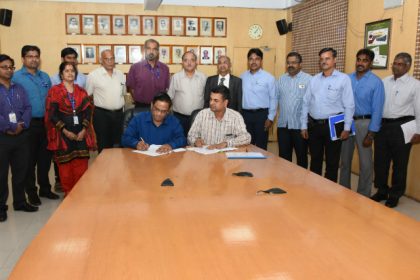 While ICF will manufacture this train, SRM will provide the energy storage systems such as fuel cells, batteries, super capacitors, DC/DC converters and control systems up to DC link.

ICF will integrate various sub-systems and take over after DC link. This is first-of- its-kind initiative to make use of fuel cell technology in India, perhaps in Asia. As of now, only Alstom (France) has demonstrated the use of fuel cells on a commercial train set. The first prototype will be made in the form of a Switcher Locomotive having 100 kW limited power and is expected to be completed by March or April 2019. It will be used by ICF for shunting of coaches on a three kilometres track between its Shell and Furnishing Divisions.  The fuel cell driven passenger train is expected to operate for public transportation by December 2019.  The proposed fuel cell powered train will have Proton Exchange Membrane Fuel Cell (PEMFC) coupled with lithium ion batteries and supercapacitors. Hydrogen-based PEM Fuel Cell is one of the best renewable energy sources with increasing efficiency and with zero carbon dioxide emissions. Even though several technical challenges are expected to arise while designing and developing the hydrogen-powered train and will be overcome by the continuous efforts of ICF engineers and SRM faculty and students.