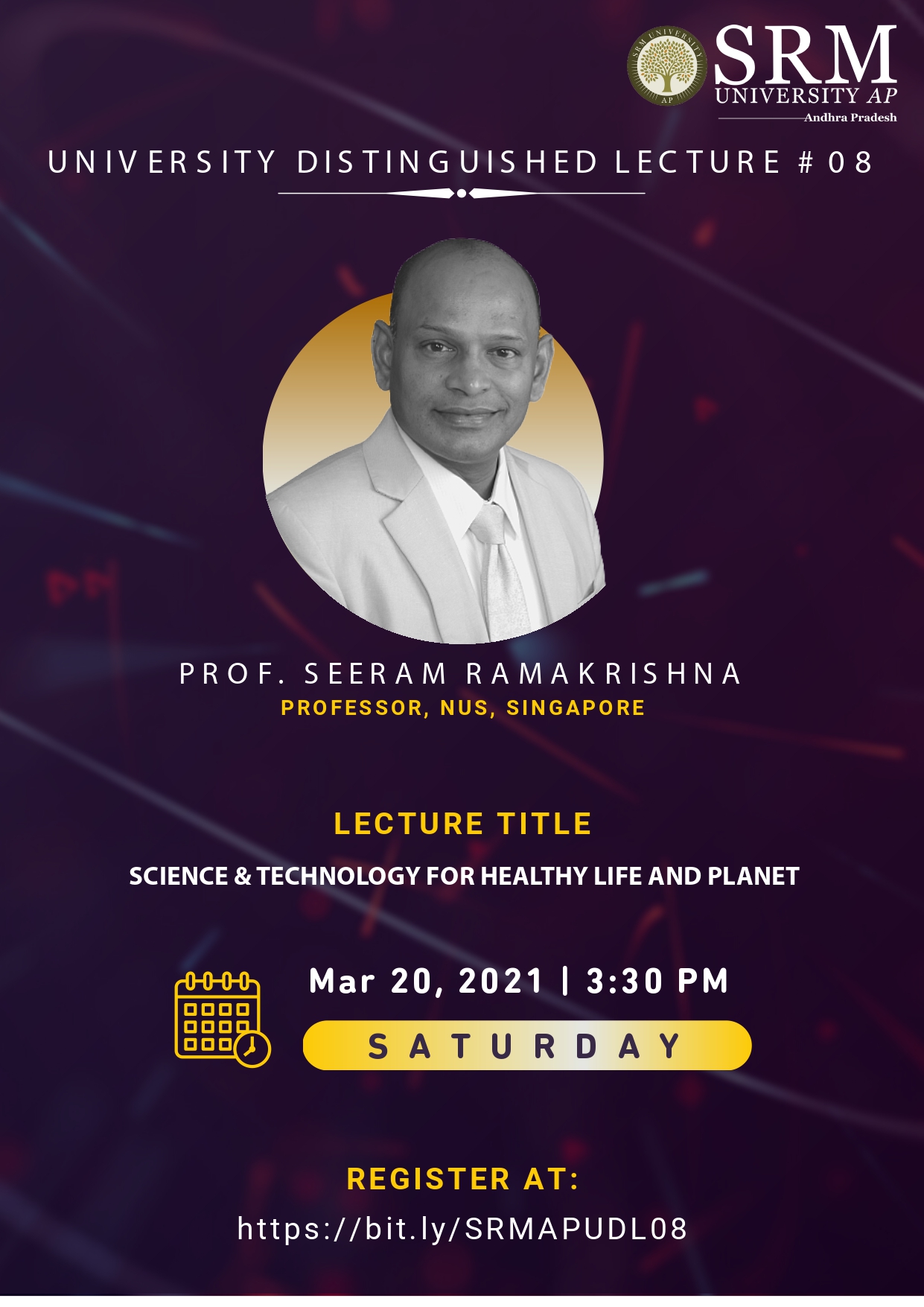 University Distinguished Lecture presented by SRM University-AP, Andhra Pradesh has resumed with its eighth edition to be held on March 20, 2021 at 3.30 PM. Prof Seeram Ramakrishna, FREng, Everest Chair, Professor, National University of Singapore (NUS), has been cordially invited to spare a lecture on “Science & Technology for Healthy Life and Planet”. Prof Seeram Ramakrishna is among the five leading researchers of Singapore, and among the top three impactful authors at the National University of Singapore (NUS).

Among his notable recognitions, Prof Seeram Ramakrishna was identified as the World’s Most Influential Scientific Minds by Thomson Reuters, Clarivate Analytics recognized him among the top 1% Highly Cited Researchers in the world in Materials Science as well as cross-fields categories, and Microsoft Academic ranked him among the top 100 salient authors out of three million Materials Researchers worldwide.

Apart from holding several academic leadership positions at NUS, Prof Seeram Ramakrishna is the Founding Chairman of Solar Energy Research Institute of Singapore, SERIS. He also founded the Global Engineering Deans Council while serving as the Vice-President of the International Federation of Engineering Educator Societies (IFEES). The esteemed academician is an advisor to the World Bank, a member of UNESCO’s Global Independent Expert Group on Universities and 2030 Sustainability Agenda, and European Commission Director-General for Environment.

The planet is imperiled as the environment is incessantly degraded by humans. Technological innovation will be essential in making our planet a more comfortable and sustainable place for humans to sustain life. The need to protect and to seek more sustainable formulas for interacting with the environment is evident. It has become crucial to combat global warming, an effort in which technology will play a key role. During the lecture, Prof Seeram Ramakrishna will discuss such important technologies adept to ensure a healthy life and planet in the forthcoming days.