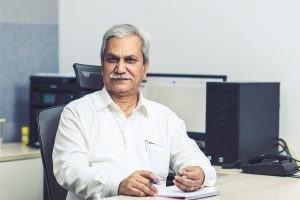 Dr. D Gunasekaran obtained his Ph.D Degree in Applied Linguistics from University of Hyderabad. He worked in central government departments for a period of ten years from 1981 to 1991 before joining Indian Institute of Technology, Kharagpur in 1992. Dr. D. Gunasekaran worked at IIT Kharagpur for twenty years. He has also worked in Central Universities for four years. He served as member of several committees appointed by IITs, Central Universities, NITs, IISERs, etc… during the last twenty five years. He was appointed by the Government of West Bengal as a member in the Expert Committee on Administrative Reforms to recommend changes in the system of administration in the state government at all levels in the context of technological changes in the 21st century such as globalization, e-governance, right to information and education as newly guaranteed citizen’s rights.