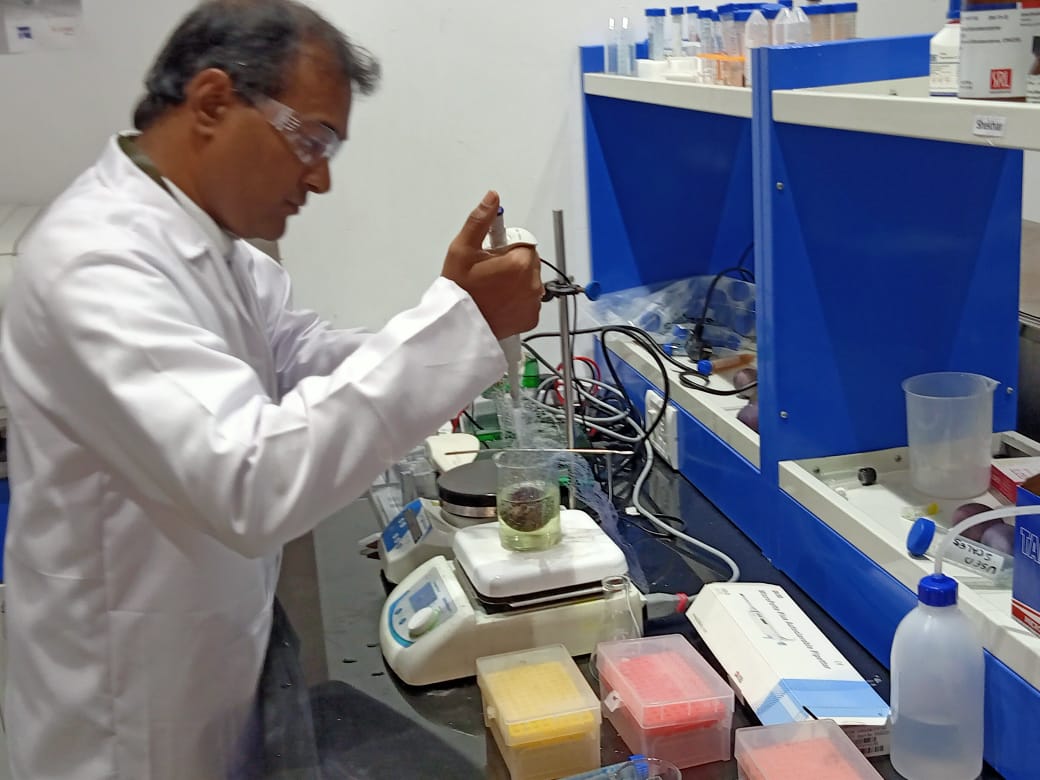 Dr Anil K Suresh is a renowned scientist in the area of Bio-Nanotechnology . The prestigious Ramalingaswami Fellow is now an Associate Professor at the Department of Biological Sciences, SRM University-AP. He recently developed an innovative catalyst that he named “Jumbo Catalyst” to address the demanding challenges in heterogeneous catalysis. This 3D-megacatalyst generated using “intact eggshell” food-waste is hand-removable with an overall surface area of ~ 78 cm2, featuring wide catalytic support and is highly stable in polar and non-polar solvents for ultra-efficient heterogeneous catalysis. This megacatalyst can overcome the existing limitations such as cost, time, labour, sustainability, mechanical stability, diverse-reactions, large-volumes, aggregation, recyclability and precursor recovery. Dr Anil K Suresh owns the copyrights for this pathbreaking invention through a published patent.

Catalysis is widely used in various industrial processes to produce desired end products. Research in this area substantially evolved from using organic reagents and metals to the adaptation of metal-based nanoparticles. Supported catalysis is a fast-emerging class of catalysis using inert and supportive frameworks with a potential for efficient reuse and recovery of the catalyst. Synthesis of metal-organic frameworks, fibres, polymers and hydrogel-based catalytic nanoparticle loadings are being reported. However, these are associated with intrinsic complexities and are produced using toxic ingredients, ecologically unbenign and are expensive.

The megacatalyst, generated by Dr Anil and his team using eggshell food-waste in the process, is autogenic, facile, cost-efficient and entirely biodegradable. Dr Anil strongly believes that theirs is the biggest catalyst developed so far. The intact eggshell provides an extensive support area for ultra-efficient catalysis. Applicability of this megacatalyst is so simple that even a layman can use it with ease. Moreover, this supported megacatalyst can be effortlessly removed from the reaction mixture post application as it can be recovered by hand. Catalytic reactions using the megacatalyst can be controlled as the tuff, and uniform coating protects the shedding of nanoparticles. Dr Anil Says, “We presume that the mega-size of the catalyst could be instrumental in several challenging applications. As a proof of concept, we selected three eclectic applications including- 1. Large volume sewage dye degradations, 2. Gram-scale hydrogenation of nitroarenes and 3. Transesterification of used oil to biodiesel- which are all difficult to achieve, highly challenging but are now practically feasible using our megacatalyst.”

“Keeping in mind the ultra-catalytic proficiency of our catalyst that can be simply resourced from continuously available eggshell waste, with minimal maintenance for the large scale practical implementation, we welcome interested beneficiaries from diverse heterogeneous catalysis sectors for bringing this innovation to execution,” Dr Anil asserted. 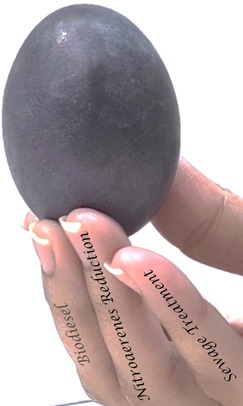 The team is currently investigating to design and fabricate other species of megacatalyst using other significant metal precursors and earth-abundant metals to expand the applicability in allowance of diverse reactions such as oxidation of CO, Methane, Mono/Polyhydric alcohols, hydrogenation of alkynes, Nitroaromatics and CO2.
Dr Anil K. Suresh concluded that this breakthrough conception would not have been possible without the rigorous efforts of his team and the continuous support from the university management. Dr Anil Suresh thanked his PhD students Chandra Bhatt, Divya Parimi, Tharun Bollu and Madhura. Dr Anil especially thanked Professor D Narayana Rao, Pro-Vice-Chancellor, SRM University-AP for his extensive support in all his scientific endeavours since his association with the university.