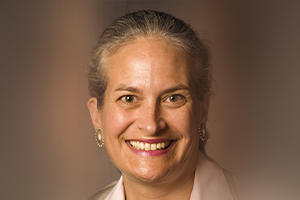 Patricia (Trish) Jackson has over 30 years of advancement experience at a wide variety of institutions currently leading the development effort for the $3 billion Brown Together campaign.  From 2015-18, she served as interim vice president for development and alumni relations for the medical enterprise at Dartmouth’s Geisel School of Medicine and Dartmouth-Hitchcock Health. In 2013, she completed an eight-year tenure as vice president for development at Smith College where she managed all fundraising initiatives including launch of the $486 million Women for the World: The Campaign for Smith—the most successful campaign at a women’s college once completed.  Prior to joining Smith, Trish was associate vice president for development at Dartmouth College.  She was vice president for education at the Council for Advancement and Support of Education (CASE) from 1998-2001 where she oversaw all conferences and award programs, and served as the primary philanthropic spokesperson for the organization.  She remains an active volunteer for CASE serving as faculty member and frequent author for the organization. Previously Trish served on the development staffs of Wheaton, Mount Holyoke, Claremont McKenna and Scripps colleges.

Trish is an alumna and trustee of Scripps College, the women’s college within the Claremont Colleges Consortium.  She earned an MBA with an emphasis in economics of non-profits from the Drucker School of Management at The Claremont Graduate University. She recently completed service as President of the Board of Elders at The Church of Christ at Dartmouth College, and, as chair of the Women’s Philanthropy Institute Council at the Lilly School of Philanthropy.