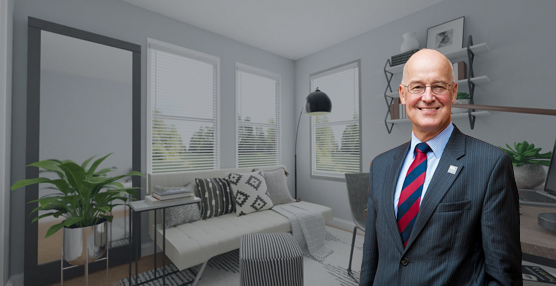 Andrew Hamilton became the 16th president of New York University on January 1, 2016. Under President Hamilton’s leadership, NYU has made significant advances. Applications for first-year admission have increased by 40 percent, and this fall the University welcomed the most selective and diverse freshman class in its history. Since President Hamilton’s arrival, NYU has increased its research expenditures at a rate higher than any other U.S. college or university. It has reached all-time highs in rankings of both national and international universities. At the same time, President Hamilton put into place the lowest year-to-year increase in cost-of-attendance in two decades, in support of his priority of making NYU more affordable and accessible.

Before coming to NYU, Dr Hamilton served as the vice chancellor of Oxford University—the university’s senior-most officer—a post he held since 2009. His tenure as vice chancellor was distinguished by significant improvements in university governance and faculty relations; the launch of a new School of Government and the expansion of the business school; the enhancement of interdisciplinary research and teaching; the restructuring of Oxford’s medical school and hospital into a modern academic medical center; and the improvement of the university’s physical infrastructure, among other initiatives.

Before being named as Oxford’s vice chancellor, Dr Hamilton served as provost (2004–08) of Yale University; he had previously been Yale’s deputy provost for science and technology. In addition to his record as an academic leader, Dr Hamilton is an award-winning, widely published chemist, and he has continued to maintain his scholarly work—including an active research laboratory—while holding leadership positions.

His area of scholarly interest lies at the intersection of organic and biologic chemistry, with particular focus on the use of synthetic design for the understanding, mimicry, and potential disruption of biological processes. He is a Fellow of the Royal Society, a member of the American Academy of Arts and Sciences, a member of the American Association for the Advancement of Science, the recipient of the Arthur C. Cope Scholar Award from the American Chemical Society, and the winner of the International Izatt-Christiansen Award for Macrocyclic Chemistry. He also serves on the Board of Directors of the American Council on Education.