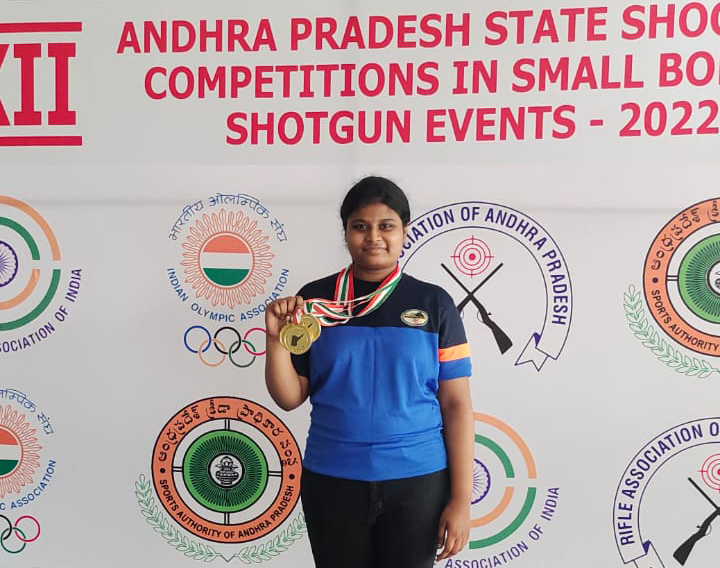 More than 100 shooters from Andhra Pradesh took part in the competition held from the 4th to 7th of this month. Participating in the competition from SRM AP, Bhuvitha stunned the organisers by winning three gold medals in a row. Bhuvitha had won gold medals twice in the past in state and national level rifle shooting competitions held in different places. According to her father, Bhuvitha learned shooting techniques from Subrahmanyeshwar Rao, the coach at the Indian Academy of Shooting Sports in Vijayawada.

“I grew passionate about rifle shooting because it is an individual sport that requires so much concentration and focus”, says Ms Bhuvitha while sharing the joy of her success. University President Dr P Satyanarayanan, Vice-Chancellor Prof V S Rao and Registrar Dr R Premkumar praised Bhuvitha for winning three gold medals consecutively in state-level competitions.