An incredible journey to the India Book of Records

An incredible journey to the India Book of Records 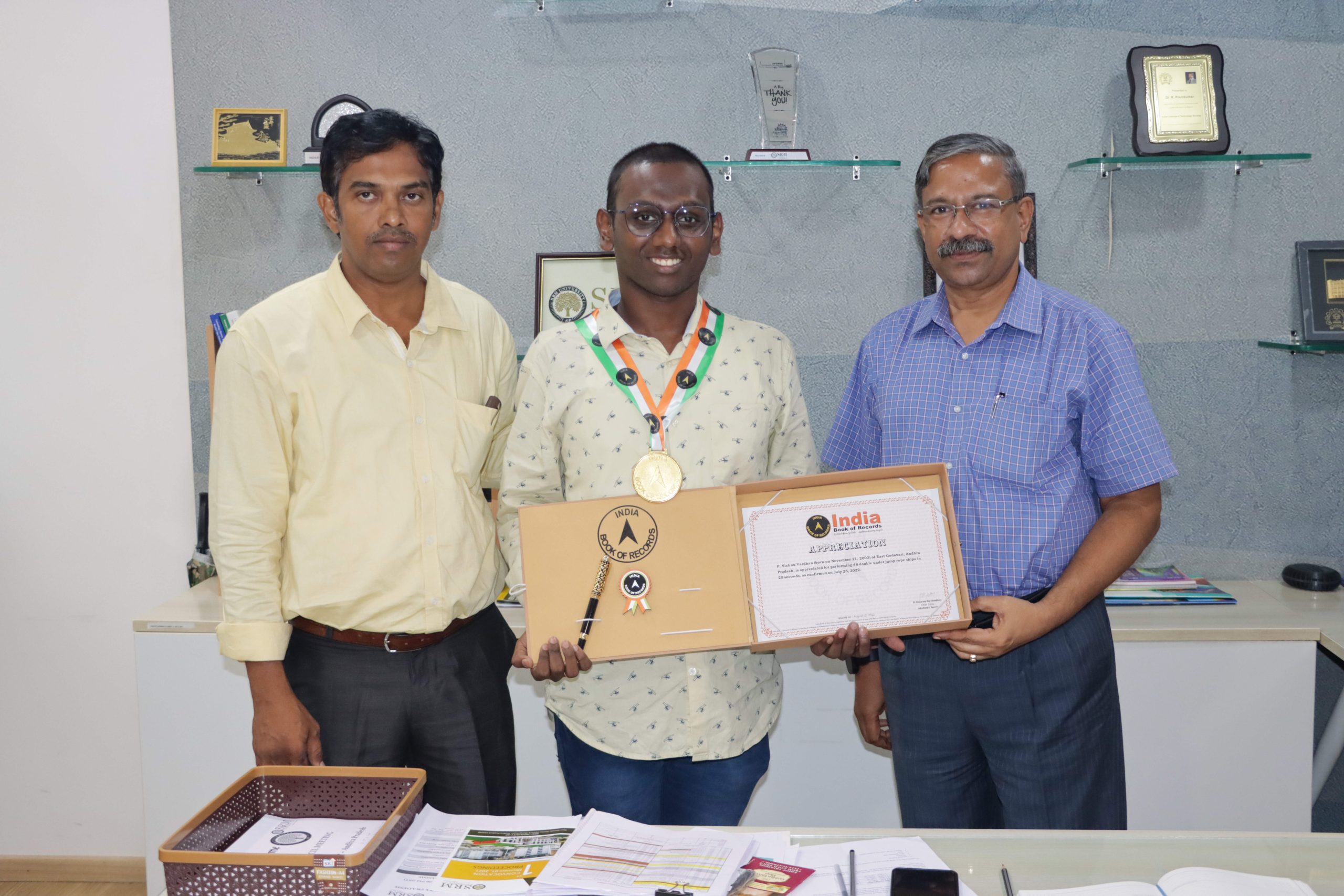 It is a moment of immense pride for SRM University- AP to welcome a new record maker into our midst. P Vishnu Vardhan from the Department of Computer Science Engineering has carved his name into the India Book of Records for performing 48 double-under jump rope skips in 20 seconds. He has also managed to set two records in the National Book of World Records. When most surrender their favourite hobbies to the rush of our work and academic life, this incredible student has displayed hardwork and dedication to transform his hobby into a national record.

Mr Vishnu Vardhan comments on the multiple times he succumbed to giving up his hobby of skipping ropes but realised that it was a space of refuge amidst the pressures of the world. He has shown an incredible feat of courage and dedication to set this impressive record by braving the rejection that he initially had faced.

He has extended a heartfelt note towards his parents and his friends, M Surya Teja and K Nithin, for their undying support and confidence that has guided him to attain this amazing achievement.

Mr Vishnu Vardhan hopes to represent SRM University- AP at the All India Inter University rope skipping competition and provide further laurels for the institution. His journey to setting national records proves that with passion, endurance and a generous amount of optimism, even the unachievable could be achieved.