SRMAP faculty recognised by Stanford University among the top Biotechnologists

SRMAP faculty recognised by Stanford University among the top Biotechnologists

Dr Imran Pancha from the Department of Biological Sciences, SRM university – AP is recognised in Biotechnology among the top 2% scientists/researchers across the world By Stanford University Researchers. Recently an article has been published in PLOS Biology by Stanford University Researchers on the highly cited researchers in 22 different fields and their subfields. In the Biotechnology field, 1,074 scientists/faculty members were identified, and Dr Imran Pancha is one amongst them. From India, only 77 scientists/faculty members could achieve this honour, and Dr Imran Pancha is one among them. This is an admirable achievement for a young faculty from a nascent University to be in the top 2% scientists of the world. Dr P Sathyanarayanan, the President of SRM University-AP honoured Dr Pancha for bringing this scientific laurel to the university.

Overall, of the top 160,000 scientists from different fields of Science & Technology, India hosts 2,313 scientists/faculty members. This list comprises of the prominent and illustrious scientists from India. 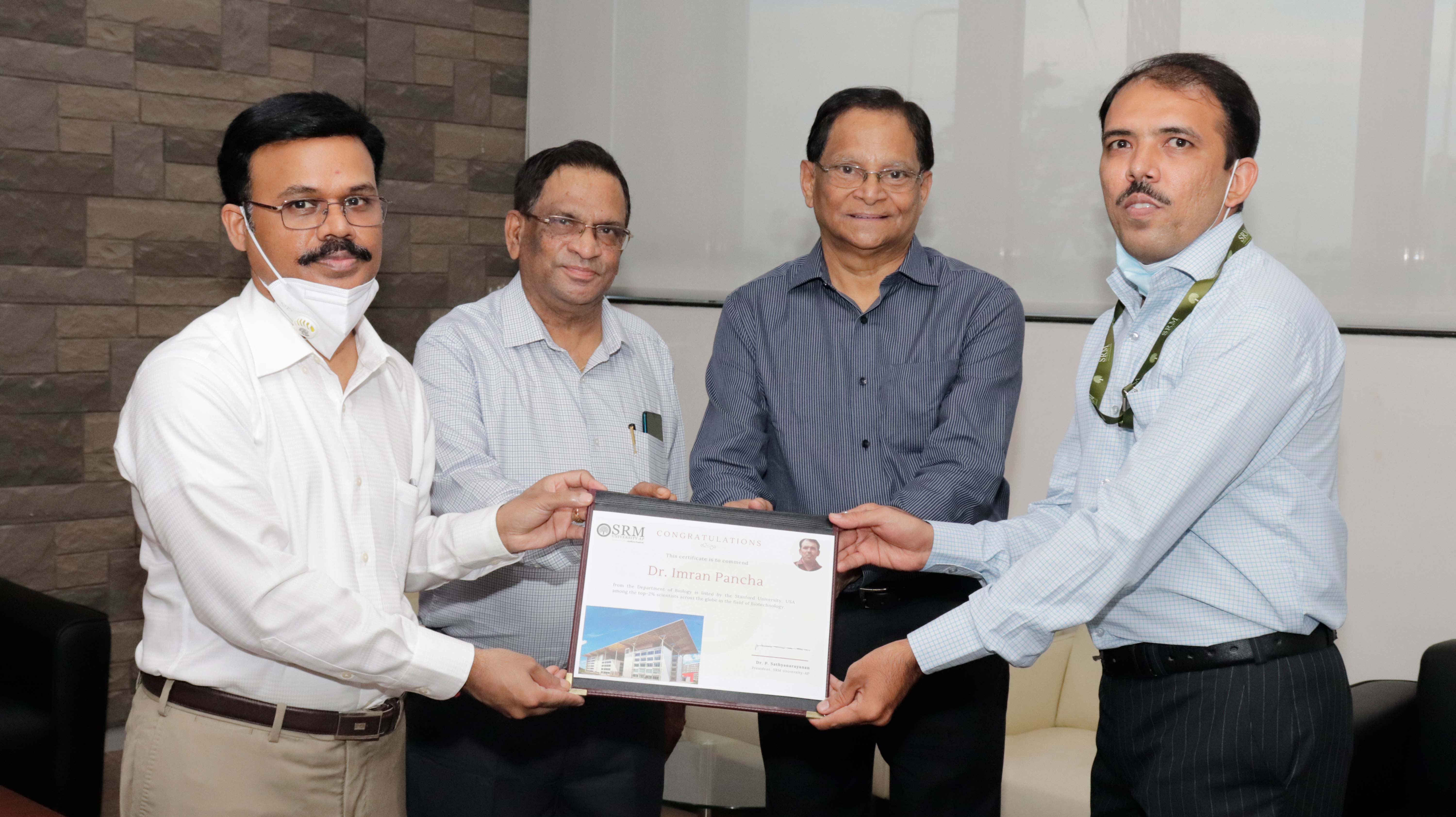 Dr Imran Pancha is a young researcher working as an Assistant Professor in the Department of Biological Sciences in SRM University-AP, Andhra Pradesh. He has obtained his doctoral degree from CSIR-Central Salt and Marine Chemicals Research Institute-Bhavnagar after graduating from Bhavnagar University. He has also worked as a post-doctoral fellow at Japanese Society for Promotion of Science, Japan before joining SRM University-AP.

Dr Pancha’s primary research focus is to produce renewable energy from microalgae. His team is trying to develop integrated microalgal bio-refinery to produce high-value compounds like phycobiliproteins, carotenoids along with biofuel and bio-fertilisers from microalgae. Apart from this, he is also interested to understand algal-bacterial interaction, particularly isolate and characterise the microalgae associated bacteria and finding their role in growth enhancement and inhibition in microalgae.