“Startups and Government bodies must be complementing one another to steer space industry towards excellence”- Sri S Somanath, Director, VSSC

Research Day 2021 ceremony at SRM University-AP, Andhra Pradesh encompasses various endeavors aimed at appreciating and encouraging scholars to carry out extensive research works to enrich the society. Applauding the initiative, Dr P Sathyanarayanan, President, SRM AP stated “Research Day is when SRM University-AP commemorate the faculty and students for their outstanding research contributions. This university, though just a three-year-old one, has grown leaps and bounds in research and is now clearly the front runner among all the universities in the region.”

During his motivating speech on “The Indian Space Enterprise Achievements & New Directions”, Dr S Somanath interpreted the complexities of Space Engineering by describing details pertaining to space infrastructure, and technology elements in rocket production involving the development of space vehicles capable of operating for years unattended in the space. He further informs, “The high cost and low volume production remains the challenge associated with Space Engineering.” He also stated that there are increasing demand and scope for satellite startups and the export potential is on the higher side for satellites in India.

Dr S Somanath proceeded to illuminate the audience on the changing horizons of the space industry, contributed by the emerging technologies such as integrating satellites, drones, and terrestrial imagery. In addition, he addressed the disruptive technologies that led to reusable rockets, space technology-driven drones, etc., enhancing the market substantially for the satellite production and reducing the market for the launching vehicles.

Consequently, Dr S Somanath accentuated that the government bodies such as ISRO, IN-SPAC, and NSIL should remodel its direction of operation. He suggests, “Government of India should be opening the space sector and assist the new participants by sharing technological expertise. Startups and government bodies must be complementing one another to steer this industry towards excellence.”

Progressing with the celebration, eminent scientific works and contributions of various faculty, research scholars, and undergraduate students were rewarded. As part of the research day programme, the students and faculty were urged to submit abstracts of their research. Among 176 submissions from students and 40 from the faculty community of SRM AP, 20 were awarded with gold medals while 6 were presented with silver medals. Further, a special issue of abstracts was unveiled during the Research Day celebration that comprised of all the submitted abstracts for public consumption. 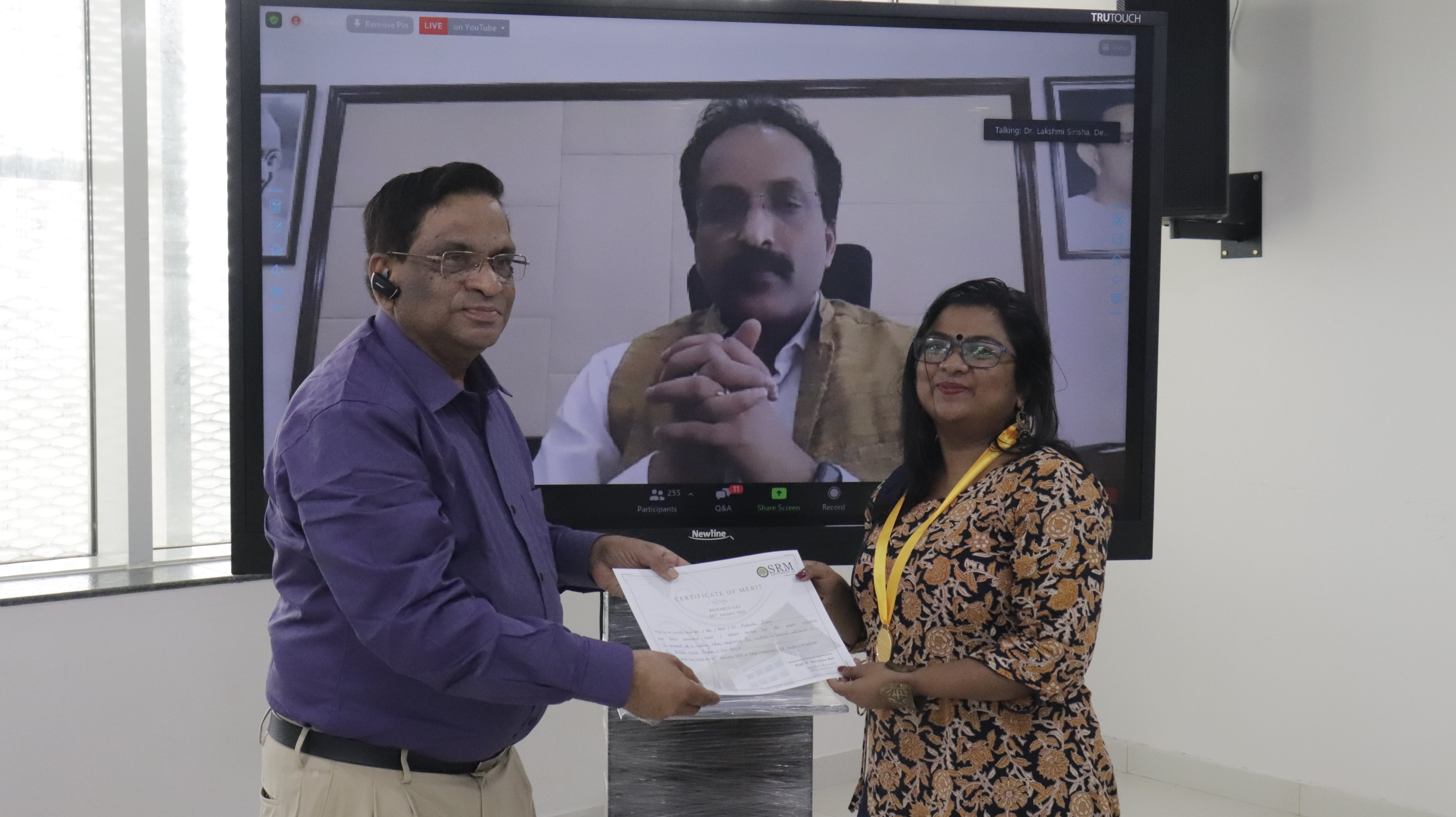 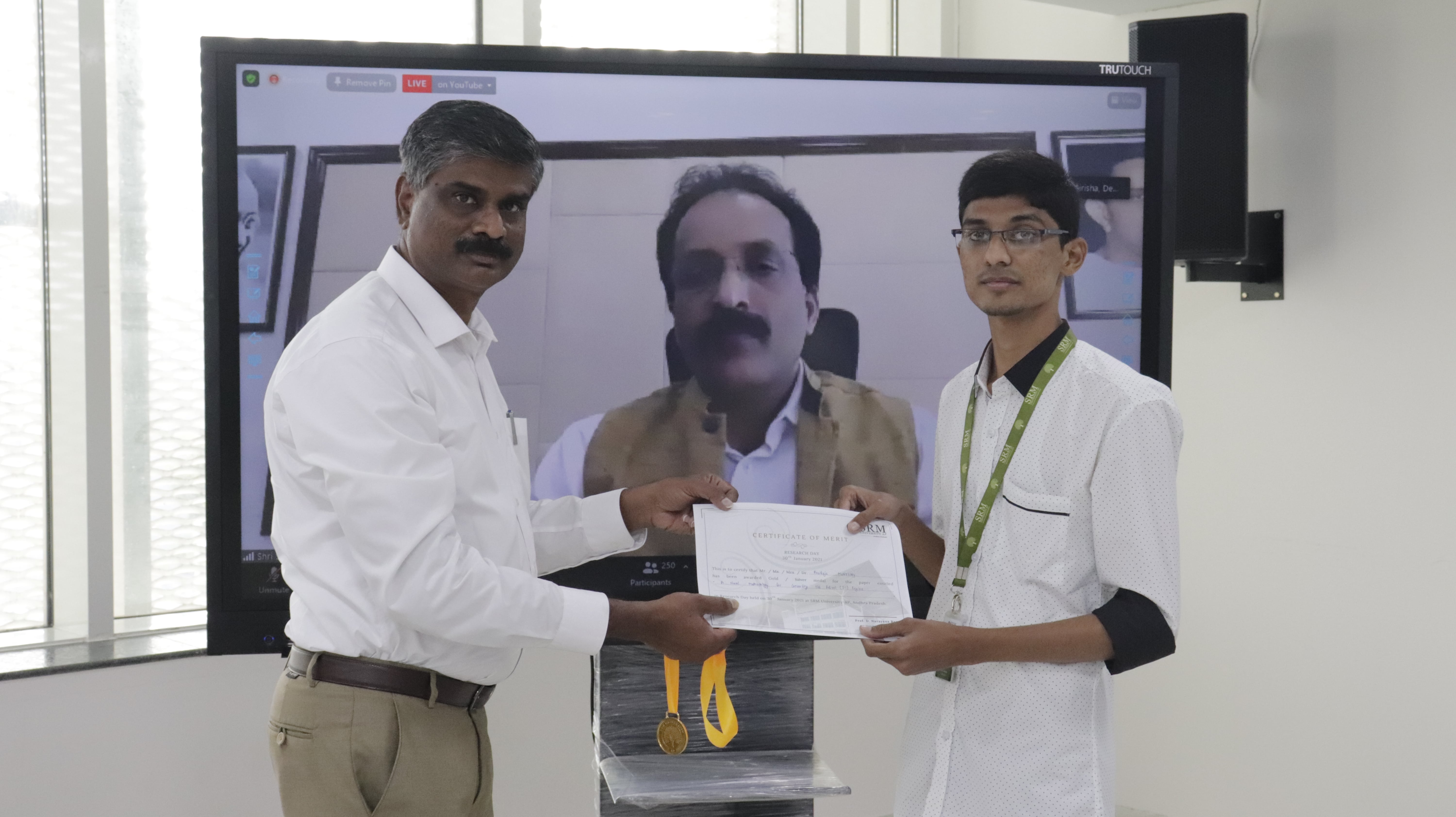 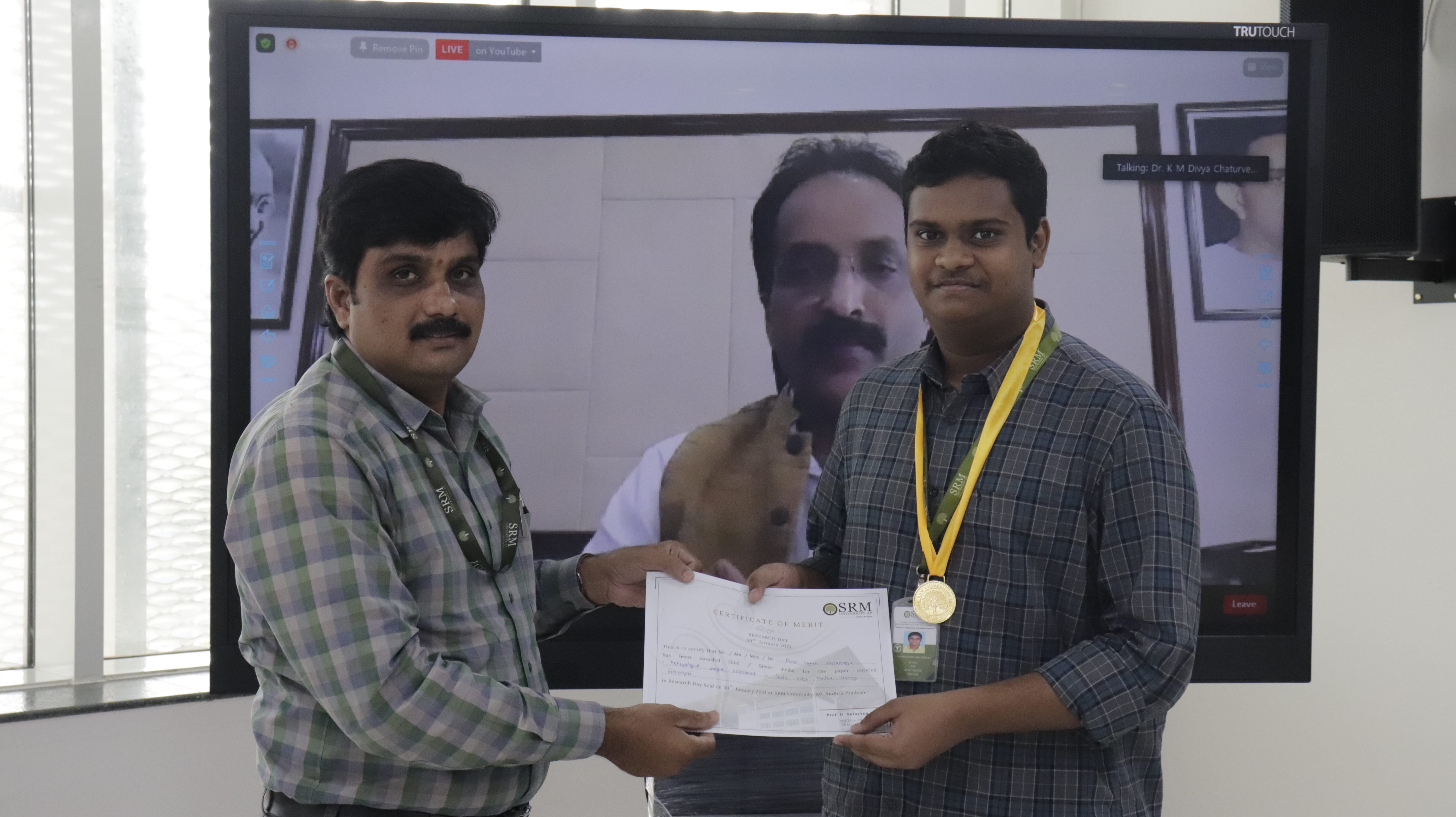 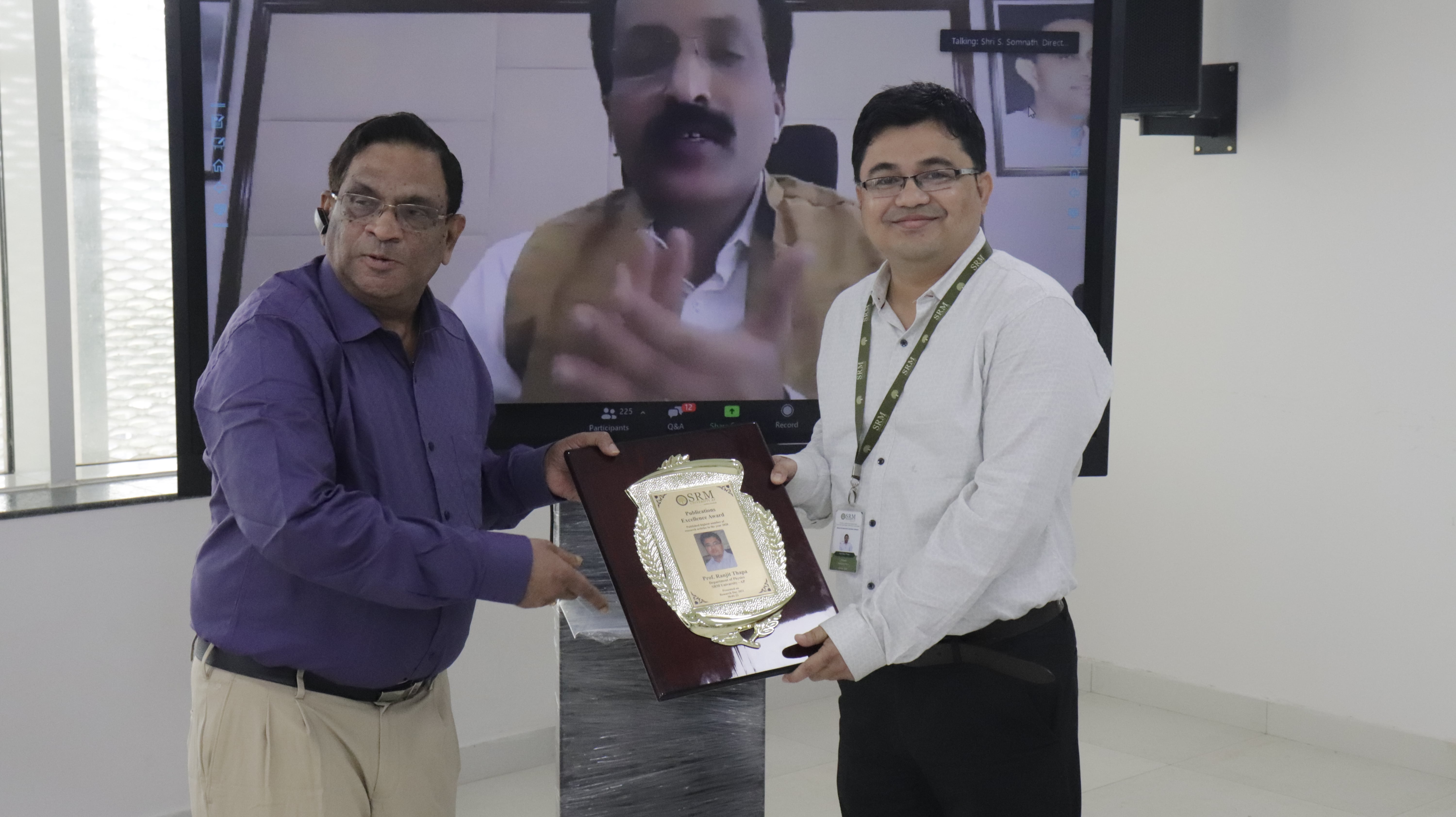 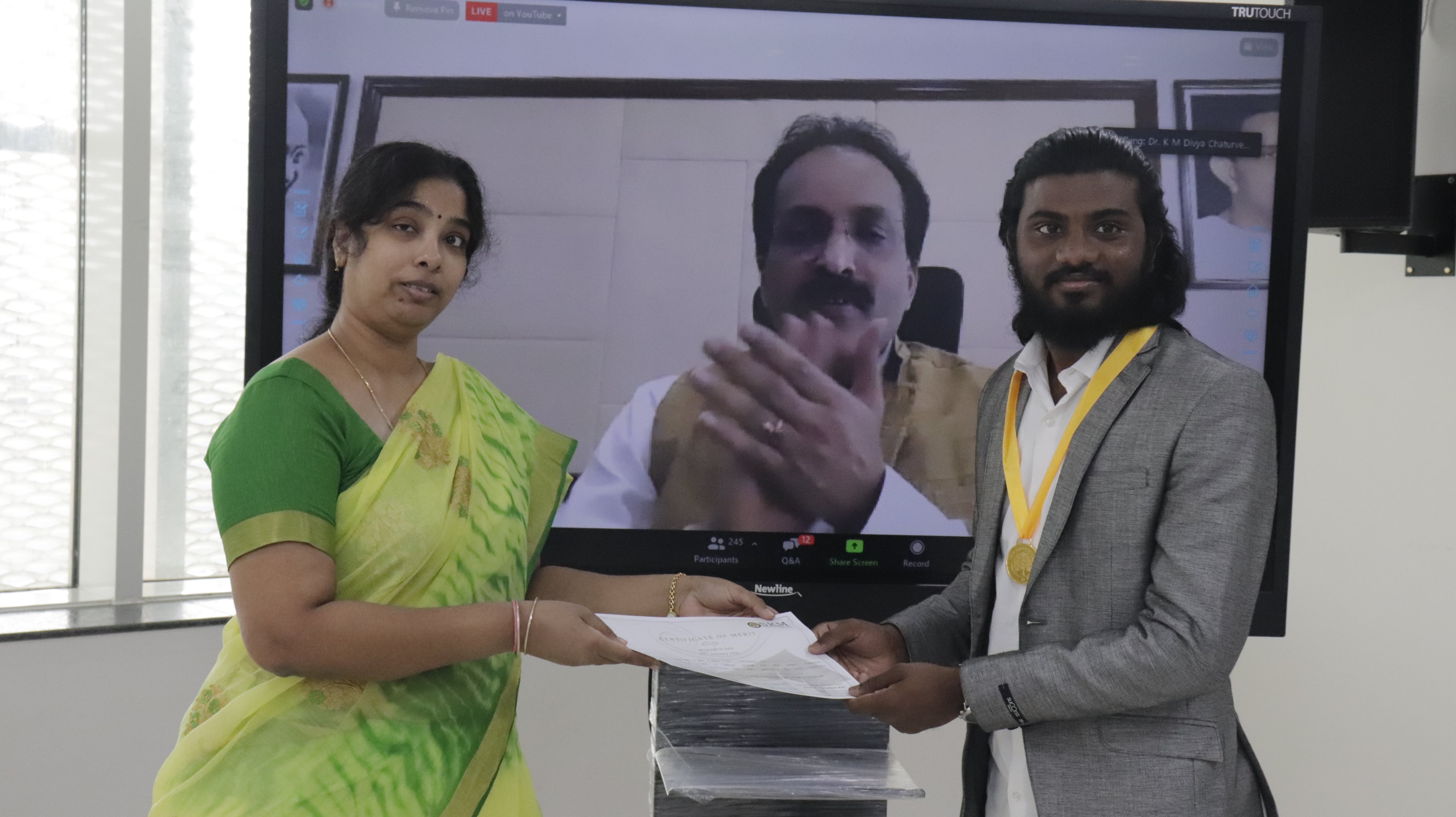 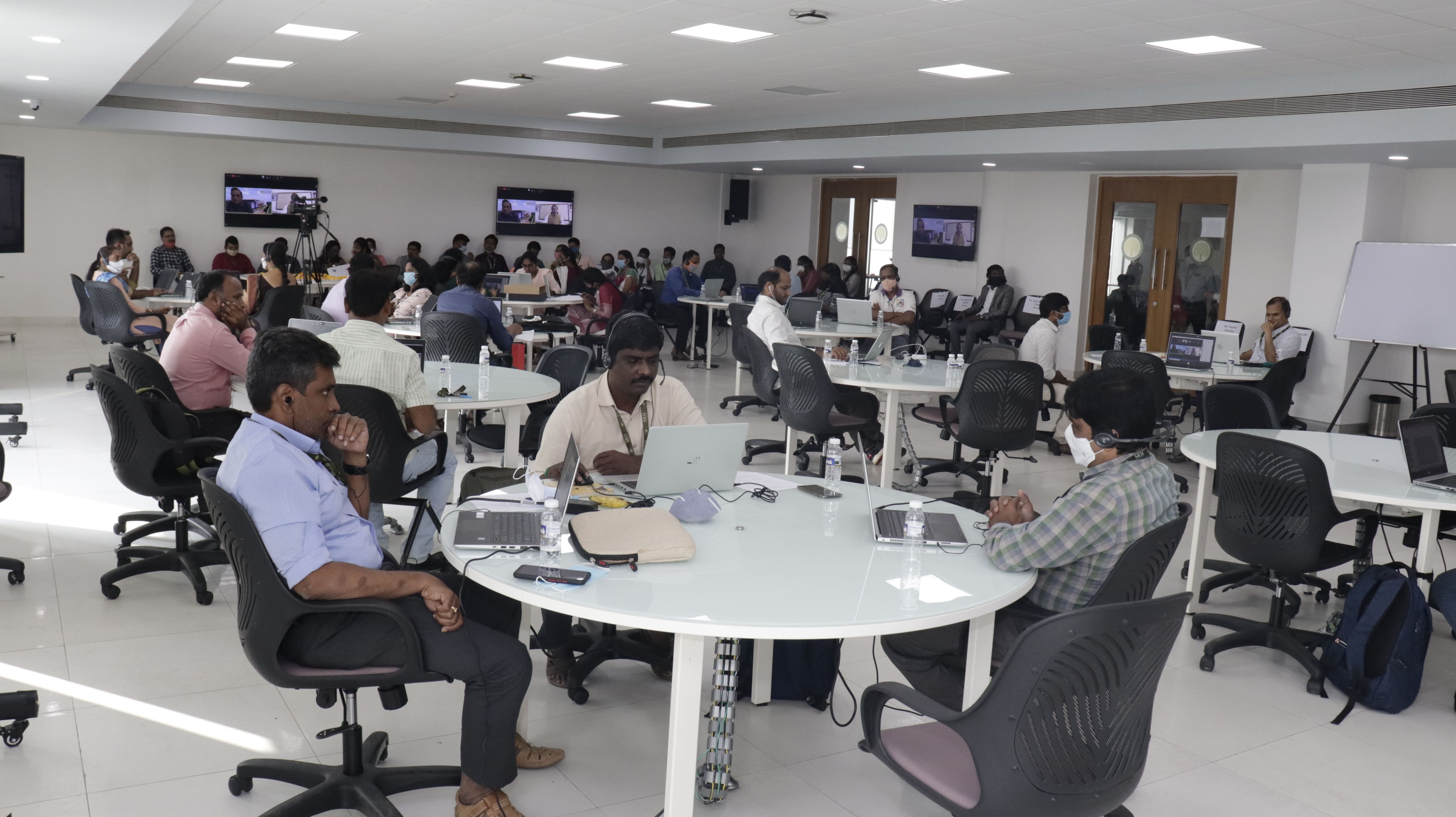