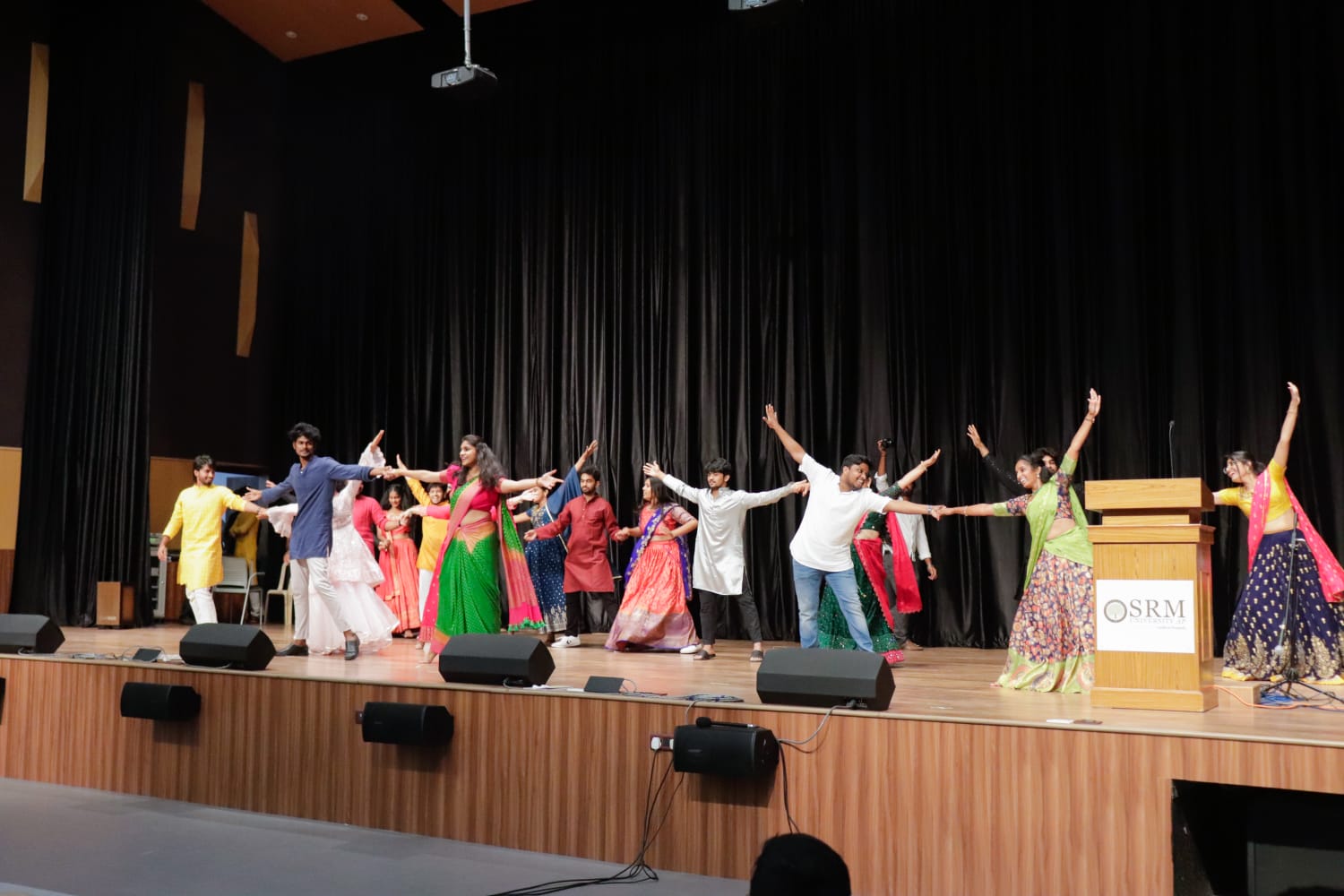 “India is the One land that all men desire to see and having seen once, by even a glimpse, would not give that glimpse for all the shows of all the rest of the globe combined” – Mark Twain

His words express the wonder of experiencing the myriad shades of culture thriving on the Indian landscape. Celebrations marking the beauty of our enriching tradition are indeed reminders of the boundless diversity of this country. An ethnic day is an occasion to look back and marvel at the greatness of Indian civilization. It endows us with an opportunity to embrace and rejoice in the shimmering diversity of our motherland. Such good times are meant to be cherished forever as it ties together the manifold differences our people foster.

The Department of Student Affairs proudly organised ‘Paridhaan’, an Ethnic-Cultural event for celebrating the rich Indian heritage. Students came decked up parading the exquisite fashion culture existing across different parts of the nation. The day was brimming with high-sprits and festivity as students from different parts of the country came attired in their traditional outfits flaunting their cultural legacy. An array of dance and musical performances was organised for students to put their talent and vigour on display.

There were programmes ranging from solo musical performances to dance medleys and fashion shows. The stage was set on fire with a live opera performance of Sanjana, who mesmerised the crowd with her mellifluous voice. Equally stunning was the musical entertainment of Amrit who weaved magic with his Santoor, playing the Hamsadhwani raga. Each performer enthralled the audience with different musical stylings, such as mashups, raps and so on. The crowd was also clamouring with joy at the rocking dance performances by the students of the dance club.

The major highlight of the day was the fashion show. The participants adorned the stage with ravishing ethnic outfits representing their cultural distinctiveness. There were portrayals of different dressing styles of India as well as countries like China and Africa. Donning the garbs of different regions from Assam to Gujarat and Kerala, even dating back to the times of the Mughal Era, the show dazzled the crowd with enchanting hues. The celebrations came to a closure with a few more delightful performances. All the SRM dignitaries including the Vice-Chancellor, Prof V S Rao, took part in the celebrations and congratulated the students for making the event a huge success.