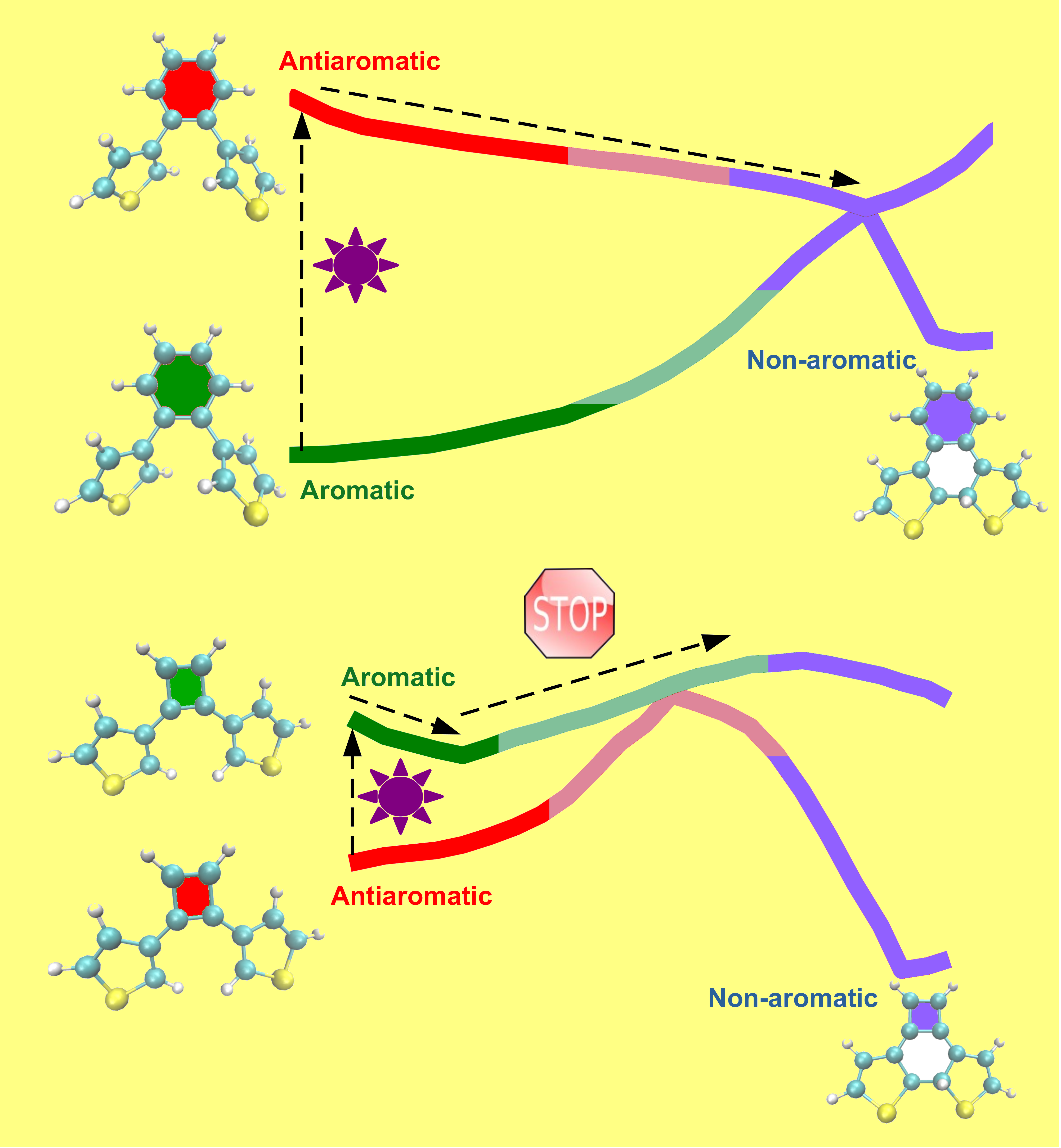 India has an ambitious target of achieving 300 GW of solar power by 2030. Conventional methods for producing solar power involve absorbing sunlight by a molecule and converting it directly into electricity. This is possible only during the daytime when sunlight is available. An interesting and complementary prospect is storing the absorbed solar energy by converting it into a different form of energy, such as chemical energy, which can then be transformed into electrical energy when sunlight is not available during the night-time.

To realise this prospect, Assistant Professor Dr Baswanth Oruganti from the Department of Chemistry has designed a molecule that can absorb solar energy and convert it into the chemical energy of the bonds. His paper titled Modulating the Photocyclization Reactivity of Diarylethenes through Changes in the Excited-State Aromaticity of the π-Linker has been published in the Journal of Organic Chemistry, on Cover Page, with an impact factor of 4.2. He is both the first author as well as the corresponding author of the article. For this project, he has collaborated with Prof Bo Durbeej, Division of Theoretical Chemistry, Department of Physics, Chemistry, and Biology (IFM), Linköping University, Sweden.

In recent years, the concept of excited-state aromaticity and its applications in photophysics and photochemistry has attracted considerable research interest. Our study uses quantum chemical calculations to systematically investigate if the photocyclization reactivity of diarylethene switches can be controlled by the excited-state aromaticity of the ethene bridge. Indeed, we demonstrate that these switches can be transformed from being highly reactive to completely non-reactive by changing the excited-state character of the bridge from anti-aromatic to aromatic.

Generally, molecules tend to move from a high-energy state to a low-energy state, as the lowering of energy increases the stability of the molecule and makes it chemically less reactive. In contrast, the present study shows that it is possible to chemically transform a molecule from a low-energy (aromatic) state to a high-energy (non-aromatic) state by absorption of light. This reaction occurs via a high-energy (anti-aromatic) electronically excited state of the molecule induced by light and has potential applications for storing solar energy in the form of chemical energy.

One challenge in the design of molecular solar energy storage systems, such as the diarylbenzene designed in the study, is that it is difficult to store solar energy for a longer period due to the instability of the newly formed chemical bonds at room temperature. To store solar energy for a longer period, one needs to compromise on the amount of energy stored in the bonds. In this regard, in the future, researchers are planning to optimise their molecular design by finding the right balance between the amount of solar energy stored and the time period for which it can be stored.