You are the real heroes: Nobel Laureate Kailash Satyarthi to SRM AP students

You are the real heroes: Nobel Laureate Kailash Satyarthi to SRM AP students 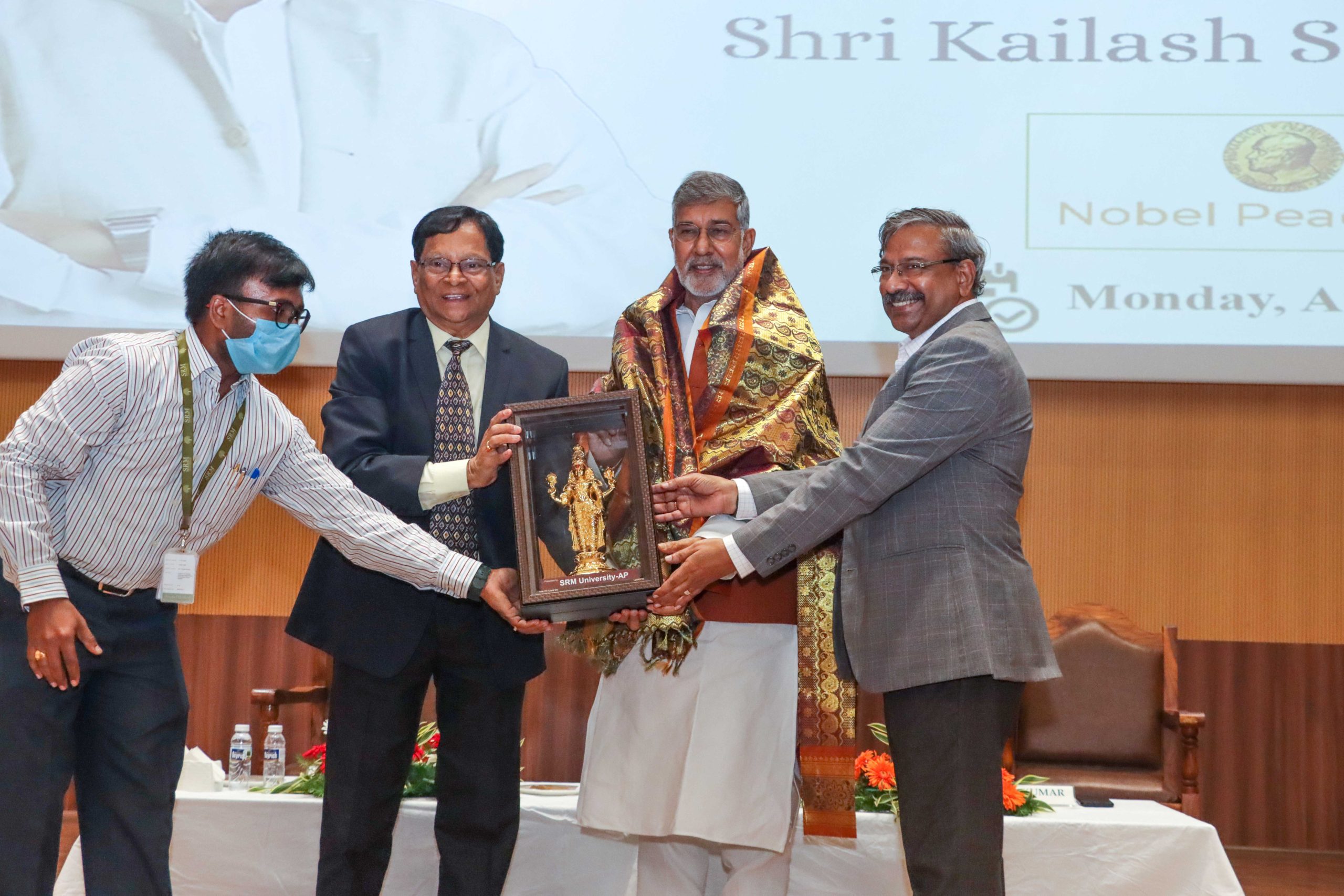 “India may be a land of thousand problems, but India is also a mother of billion solutions; you are the solution, the real heroes, and the true makers of a new India”, said Shri Satyarthi, encouraging the students of SRM AP. He highlighted the significance of freedom and education in every child’s life and urged students to use their privilege of education to make this world a better place. Shri Kailash Satyarthi further called for the larger society of India to be the voice of several thousand children who have become the victims of child exploitation. The compassionate youth can work towards eliminating child slavery and make India a safe haven for every child.

“It is an honour and privilege to have with us one of the greatest thought leaders of our times, whose ideals and actions are revered and respected all over the world”, said Vice-Chancellor Prof V S Rao welcoming the honourable guest. He further emphasised the university’s vision to disseminate transformative education and enable its students to be conscientious citizens who can play an instrumental role in nation-building.

Shri Satyarthi acknowledged the contributions of SRM educational institutions toward moulding knowledgeable and passionate youth. Beyond its quality of education, he also admired the university for diffusing the values of humanity and compassion among the student community. He further recounted the story of children he rescued who pursued their education in SRM educational institutes. Shri Satyarthi reinstated the power of compassion in transforming the individual into a change maker and the need for education to ignite the spirit of compassion in every student’s mind. The renowned child rights activist who has been pivotal in the rescue of over 1 lakh children from forced labour and slavery is reckoned the world over for spearheading Bachpan Bachao Andolan, Kailash Satyarthi Children’s Foundation, Global March Against Child Labour, 100 Million Campaign and several other initiatives to fight against the injustices perpetrated against children worldwide and advocated for the universal right of Children’s education.

An interactive session was organised following the event where the students and faculty had a brief dialogue with the Nobel Laureate. Registrar Dr R Premkumar proposed the vote of thanks on behalf of the university to Shri Kailash Satyarthi for accepting the invitation and visiting SRM University-AP. 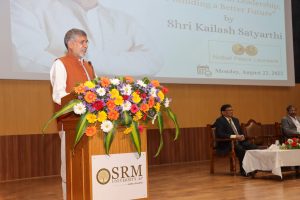 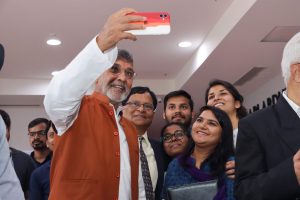 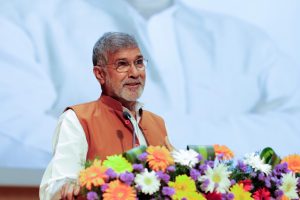 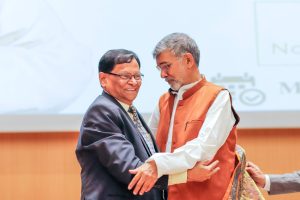 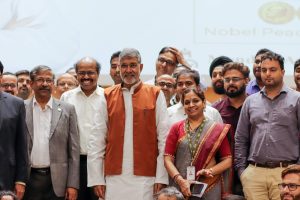 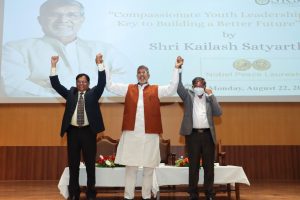 1 Comment to “ You are the real heroes: Nobel Laureate Kailash Satyarthi to SRM AP students”