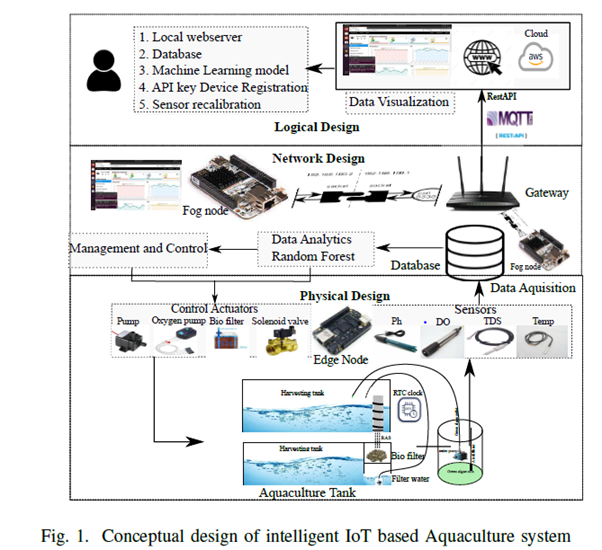 The Department of Computer Science Engineering is glad to announce that Dr Kshira Sagar Sahoo, Assistant Professor, has published an article titled ‘Sustainable IoT Solution for Freshwater Aquaculture Management’ in the Q1 journal, IEEE Sensors, having an Impact Factor of 4.325. The research was published in collaboration with Munesh Singh, from the Department of Computer Science and Engineering, PDPM IIITDM Jabalpur Campus, Madhya Pradesh, and Anand Nayyar, Graduate School, Faculty of Information Technology, Duy Tan University, Vietnam. 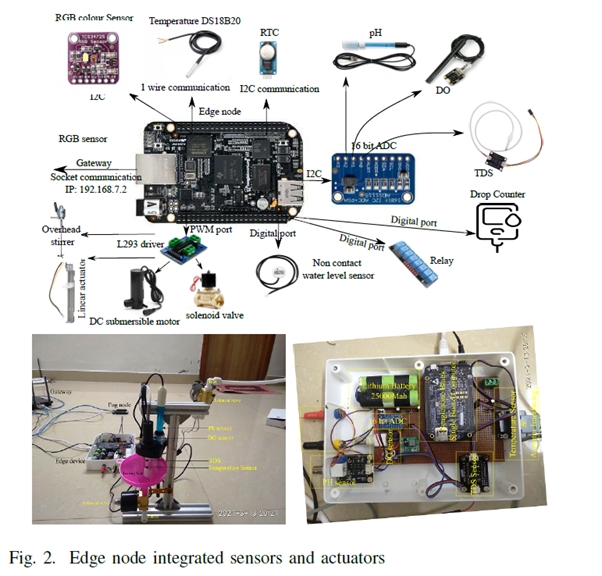 Freshwater pearl farming has the potential to generate an alternative source of income for small farmers. Indian freshwater river bodies have 51 types of species that can produce pearls. Still, India imports 2.4 billion dollars’ worth of pearls from China and Japan. To reduce the import burden on the Indian economy, the government encouraged the farmers to do integrated freshwater pearl farming. Aquaculture-based farming needs a small investment for the initial setup. Although the Indian government promotes aquaculture-based farming through subsidies and free training programs, farmers find it difficult to get success in aquaculture-based farming. 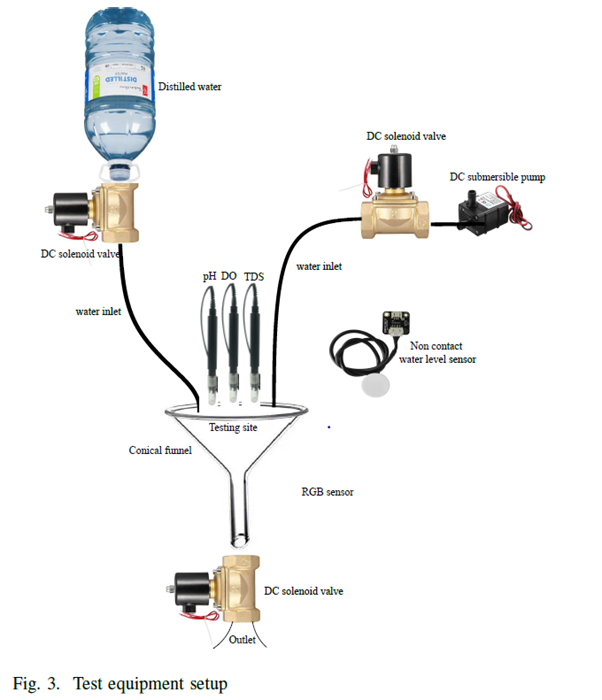 The paper proposes a comprehensive IoT system for freshwater pearl farming which has an intelligent control system for maintaining the aquaculture environment. The proposed system monitors and supports the habitable underwater environments for aquaculture. To train the farmers and educate them in pearl farming business is a time taking and skill-oriented job. The comprehensive IoT system will encourage farmers for freshwater pearl farming and proper utilisation of the government subsidy granted for aqua farming. In future, the researchers will consider more relative water parameters for robust forecast and analyse the best model for predictive analysis.

In recent years, we have seen the impact of global warming on changing weather patterns. The changing weather patterns have shown a significant effect on the annual rainfall. Due to the lack of annual rainfall, developing countries like India have seen a substantial loss in annual crop production. Indian economy largely depends on agro products. To compensate for the economic loss, the Indian government encouraged the farmers to do integrated aquaculture-based farming. Despite government subsidies and training programs, most farmers find it difficult to succeed in aquaculture-based farming. Aquaculture farming needs skills to maintain and monitor underwater environments. The lack of skills for monitoring and maintenance makes the aquaculture business more difficult for farmers. To simplify the pearl farming aquaculture, we have proposed an Internet of Things (IoT)-based intelligent monitoring and maintenance system. The proposed system monitors the water quality and maintains an adequate underwater environment for better production. To maintain an aquaculture environment, we have forecasted the change in water parameters using an ensemble learning method based on random forests (RF). The performance of the RF model was compared with the linear regression (LR), support vector regression (SVR), and gradient boosting machine (GBM). The obtained results show that the RF model outperformed the forecast of the DO with 1.428 mean absolute error (MAE) and pH with 0.141 MAE.