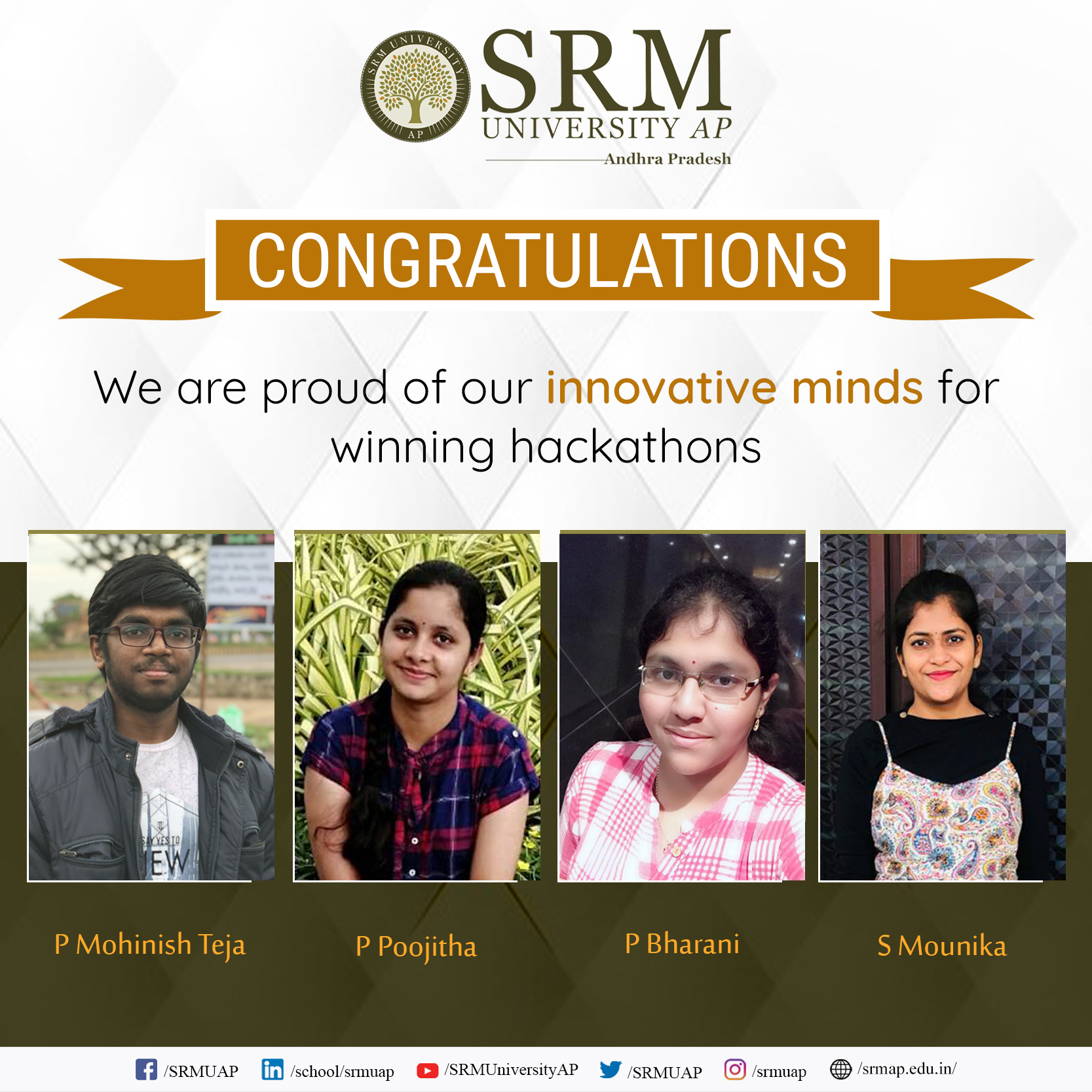 The SRM University-AP student, P Mohinish Teja from the Department of Computer Science and Engineering, brings laurel to the university by bagging the first prize at the Hackathon organised this year on April 16-18th by the Cal Hacks Team, University of California, Berkeley. More than 450 participants signed up for the world’s popular code-fest. Amongst these global participants, Mohinish won the title of “Best Hack” and a prize of $1000 worth of file coins from the sponsoring partner, Protocol Labs.

The idea of the application “Eco gift” is inspired by the Undergraduate Research Oriented Project under the guidance of Dr Ashok Kumar Pradhan, Assistant Professor-CSE and Mr Santosh Bhaskara, doctoral research scholar. Mohinish developed a Waste Management Decentralised Application called “Eco gift” using Blockchain Technology that rewards the users who categorically dump the waste. This application credits crypto tokens into the app users’ wallet. Even though it will not be the traditional currency, it can be used during registration, paying application fees, and payments at the government portals. The reward value increases with time, and the individual receives the token immediately after installing the application.

Mohinish led the team members P Poojitha, P Bharani, and S Mounika into another segment of Hackathon, Civhacks, organised by the Association of Students at the University of California, Berkeley, from April 23-25th where they bagged the “Best Civhacks” title.

The team developed a website application called “Anonymous Hawk” that displays the reported news by keeping the identity of the reporter anonymous for security reasons. The reporters facing life threats for reporting on the sensitive issue can sign up on the application. One can register simply by signing the transaction into the Blockchain. The data uploaded is stored in the Ethereum network and cannot be trifled by humans or software. The free flow of the information can take place by using the application without the fear of being targeted by any influential agents.

“Anonymous Hawk” brought each group member a prize of $500 file coins. The team was granted an opportunity to work further on the project by the sponsoring team, Protocol Labs. Mohinish expressed, “We are at the initial stage of the development of the high-end Decentralised App. In the next stage, we shall work on controlling the spamming of the information using the data and web-mining algorithms.”