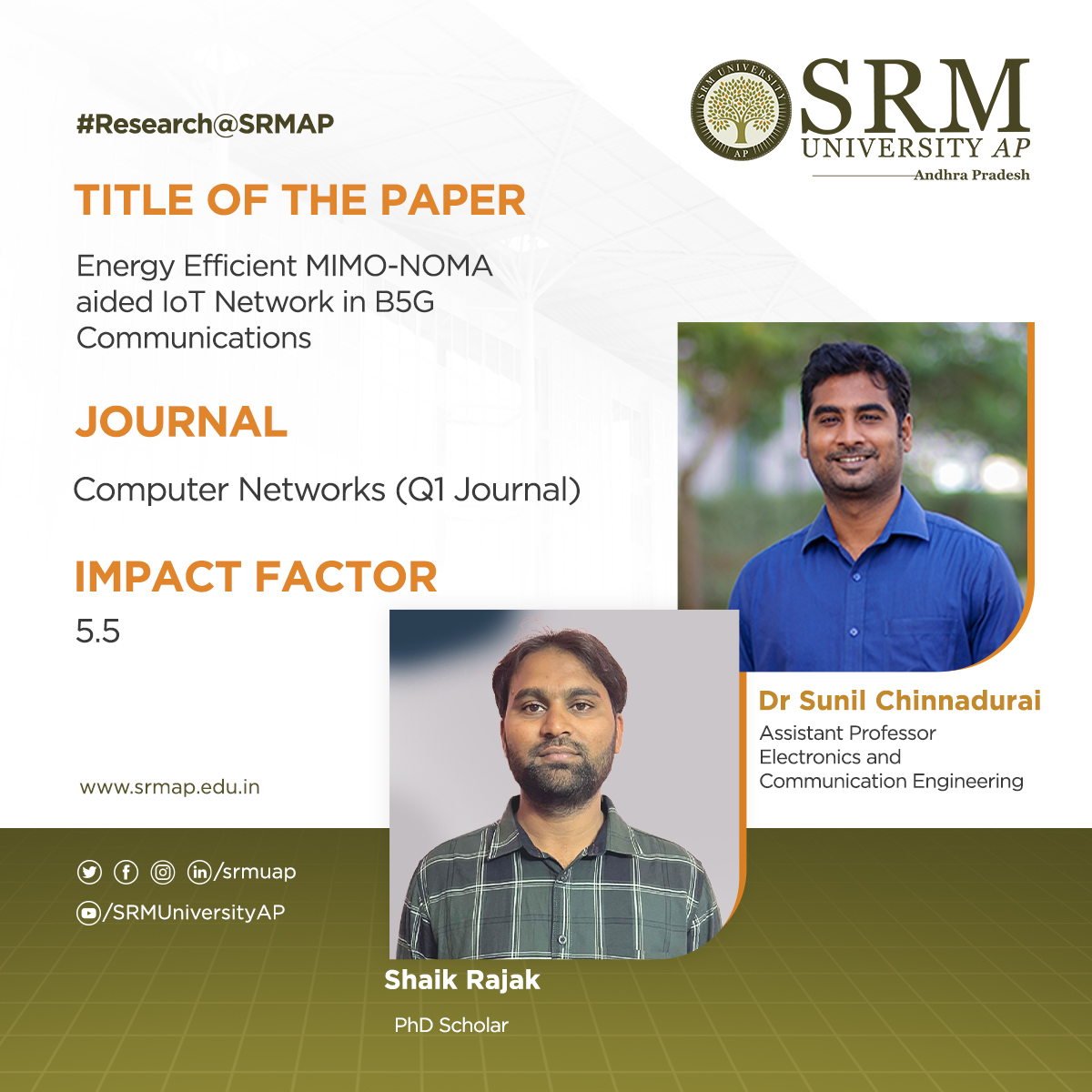 The Department of Electronics and Communication Engineering is glad to announce that Assistant Professor Dr Sunil Chinnadurai and his research scholar Mr Shaik Rajak have published a paper titled “Energy Efficient MIMO-NOMA aided IoT Network in B5G Communications” in the Q1 journal Computer Networks having an Impact Factor of 5.5. With an intent to accelerate the development of future intelligence wireless systems, the paper proposes an energy-efficient massive multiple-input-multiple-output (MIMO)- non-orthogonal multiple access (NOMA) aided internet of things (IoT) network to support the massive number of distributed users and IoT devices with seamless data transfer and connectivity.

Abstract of the research

Massive MIMO has been identified as a suitable technology to implement the energy efficient IoT network beyond 5G (B5G) communications due to its distinct characteristics with a large number of antennas. However, providing fast data transfer and maintaining hyperconnectivity between the IoT devices in B5G communications will bring the challenge of energy deficiency. Hence, they considered a massive MIMO-NOMA aided IoT network considering imperfect channel state information and practical power consumption at the transmitter. The far users of the base stations are selected to investigate the power consumption and quality of service. Then, they calculated the power consumption which is a non-convex function and non-deterministic polynomial problem. To solve the above problem, fractional programming properties are applied which converted the polynomial problem into the difference of convex function. And then they employed the successive convex approximation technique to represent the non-convex to convex function. Effective iterative-based branches and the reduced bound process are utilized to solve the problem. Numerical results observed that their implemented approach surpasses previous standard algorithms on the basis of convergence, energy efficiency, and user fairness.

Practical implementations of the research