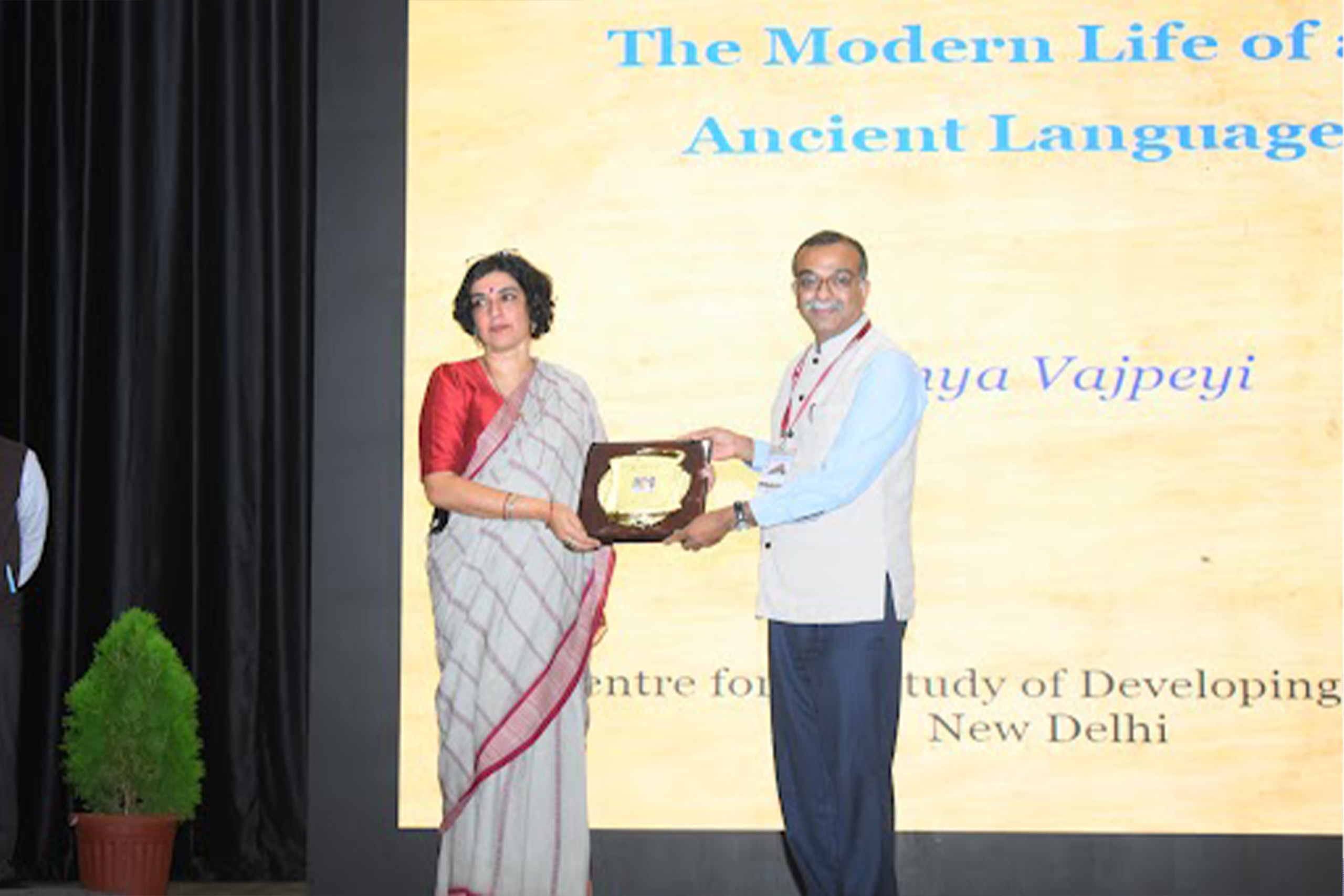 The second day of the 88th Annual Meeting of the Indian Academy of Sciences held at SRM University- AP on Saturday, November 05, 2022, continued to behold the momentum of the first day of the gathering. The highlights of the day were the Lectures by fellows and associates, a Symposium on “Floods in the Anthropocene,” and a public lecture on “The Modern Life of an Ancient Language” by Ananya Vajpeyi, Centre for The Study of Developing Societies, New Delhi.

The first session in the morning, lectures by fellows and associates, was chaired by G V Anand, Dayanand Sagar University, Bengaluru. The series of lectures commenced with a talk on “The Novel (IZ4) spreading code design for NavIC’s LISPS signal” by P Vijay Kumar, IISc, Bengaluru. The lecture focused on the NAVigation with Indian Constellation (NavIC), an indigenous regional navigation satellite system developed by ISRO, and other related topics.

Anil K Tripathi, BHU, Varanasi, did the second lecture on the “Regulatory cascades of alternative sigma factors are involved in controlling rhizocompetence in a plant growth promoting rhizobacterium, Azospirillum brasilense.” The lecture focused on Azospirillum brasilense, one of the most ubiquitous plant growth-promoting rhizobacteria, which can sense and detoxify Reactive Oxygen Species (ROS) released by plants. Furthermore, the talk proceeded to discuss how bacteria respond to changes in their internal and external environment by expressing genes needed to cope with the challenges of the altered environment. The session elaborated on the changes faced in the root zone, the rizhocompitance of plants, the fundamental ways in which the roots respond to changes happening in the roots, the effect of stigma factors, and many more.

Atul Geol, CORI, Lucknow, did his lecture on “Development of donor-acceptor-based fluorescent dyes for diagnostics and biomedical applications.” He detailed the pioneered breakthrough innovations of basic building blocks for synthesising TAQMAN-like probes and alternate conjugation chemistry to develop complete RT-PCR kits for detecting SARS-CoV-2 variants. He also expressed how his team is engaged in developing efficient approaches for synthesising new organic fluorescent dyes with absorption and emission at various wavelengths for biomedical and diagnostics applications.

The Development origins of Health and diseases (DOHaD)) hypothesis suggests that early life exposure, including maternal nutrition and phenotype, can predict the risk of non-communicable diseases (NCDs). The session on “Early life exposure and future risk of non-communicable diseases: Relevance in the Indian context” by GR Chandak, CCMB, Hyderabad, elaborated this hypothesis furthermore. It explained the dissection of gene-gene and gene-environment interaction that can predict the future risk of NCDs.

The lectures by fellows and associates were succeeded by a symposium on “Floods in the Anthropocene.” Introduction to this exciting session was done by the Convener Pradeep P Mujumdar, IISc Bengaluru. He provided an overall idea regarding the title of the symposium. He reflected on the ecological and geographical aspects of the topic. He talked a bit about the repeating patterns of floods, the changing frequency of rains, the effect of reservoir operation on floods, etc.

Rajiv Sinha from IIT, Kanpur, was the first to deliver a lecture in this session and was on the “Hydrogeomorphology and sediment dynamics of floods.” He explained that there are particular settings where floods occur more frequently than in other riverbeds and stated that understanding this can help predict the potential sites of floods. The session discussed relevant topics such as the worldwide distribution of floods, Floods in large rivers, Natural or human-induced reasons for floods, Rivers in the Anthropocene concerning specific reference to flood hazards, geomorphology of rivers, floods, and sediment dynamics, dynamic flood topography and many more. The session also put a thought upon the false sense of security while living close to larger rivers that eventually result in irreversible loss. Moreover, he introduced the idea of integrating river morphology into flood management.

The topic “Extreme precipitation under human-induced climate change” was handled by Subimal Ghosh, IIT, Mumbai. Spatial and temporal resolutions of rainfall, extreme precipitation, thermodynamic and dynamic contributions to changing precipitation, atmospheric instability and precipitation, future changes in different warming levels, impacts of urbanisation, and many other topics were under discussion.

The next session on “Deciphering the role of climate change in floods” by Arpita Mondal, IIT Mumbai, explained how a once-in-a-thousand-year event, flood, became a once-in-10-years event with a detailed analysis of the recent flood emergencies occurred in India. She also stressed the attribution analysis of floods, anthropologic climate change, Spatio-temporal scales to define the event, and many other areas.

The last speaker of the symposium was J Indu, IIT Mumbai, and was centered around the topic “Floods from the vantage point of Radars.” She started the lecture by questioning the inaccuracy of observing precipitation from satellites for examinations. She also inspected the network of weather radars, forecasting using radar-based rainfalls, the time limit of radar data assimilation, etc. The symposium came to an end with an exciting interactive session that raised numerous constructive queries and composed a space for incredible engagement.

The afternoon sessions started with lectures by fellows and associates, and C Pulla Rao from IIT Tirupati served as the chairperson of the series of lectures. “Distinguished varieties in the polydisc and dilation of commuting matrices” by Sourav Pal, IIT Mumbai, set the start of the lectures.

Binod Sreenivasan, IISc Bengaluru, was in charge of the next session on “Understanding Earth’s magnetic reversals.” He conferred about one of the long-standing questions in dynamo theory: whether the preference for the axial dipole is due to a purely hydrodynamic process influenced by planetary rotation or due to a magnetohydrodynamic process influenced by both rotation and the self-generated magnetic field.

The talk “You are what you eat: linking metabolism to physiology & health” by Ullas K Seetharam, TIFR Mumbai, put forward the importance of discovering or understanding diet or metabolism-driven mechanisms that govern psychological homeostasis to tackle the explosive burden of non-communicable diseases.

The session ended with Meena B Mahajan, IMSc Chennai, through her lecture on “What is hard to prove, and why?”. She instructed formal proofs, the design of formal proof systems and demonstrated its limitations. 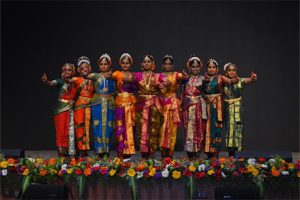 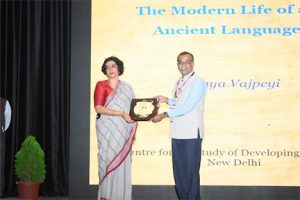