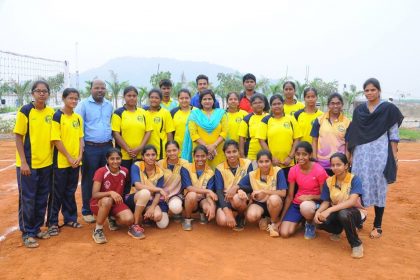 SRM University, Andhra Pradesh organized their first ever Sports’ Fest on 16th and 17th of March, 2018. Universities and colleges from around and away were cordially invited to make the fest a mega success. On the first day, the inauguration and opening of the fest was done by Sri Dr. N. Bangara Raju, Chairman and director, sports’ authority of Andhra Pradesh. After that the fest began.  Teams from SRM-AP as well as teams of different universities played several matches of different categories of sports.

Football, Cricket, Basketball, Throw Ball, Table Tennis, Volley Ball and Chess were the events where different players participated. On day-1, all the teams were warmly welcomed and they played their knock out matches. Teams, who won the matches, went for the next round.

On day-2, all the teams played their play-offs; such as Semi-finals and Finals. Teams from KL University, Acharya Nagarjuna University of Pharmacy, LBR College, Andhra Layola University, PVP Siddhartha Institute, Dhanekula College etcetera were the participant institutes of SRM-AP Sports’ fest along with SRM-Amaravati. At prize distribution ceremony, honorable Registrar of SRM-AP, Dr. Gunasekaran was present to distribute the trophies among the winners. KL University became the overall sports’ champion among all the colleges with four Champion’s trophy and two Runners’ up trophy. Foods and well accommodation were arranged for all the players and officials. The management team for the fest was leaded by the Physical Director of SRM-AP, Dr. Abdul Mohaimin. Indeed, it was the first ever sports’ fest of SRM-AP, it was successfully done within this two days. 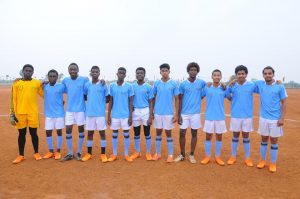 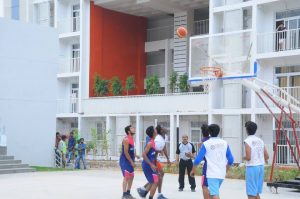 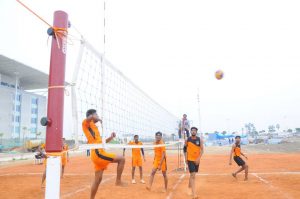 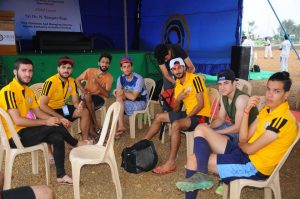