The Narasimhan-Seshadri theorem and some of its ramifications

The Narasimhan-Seshadri theorem and some of its ramifications 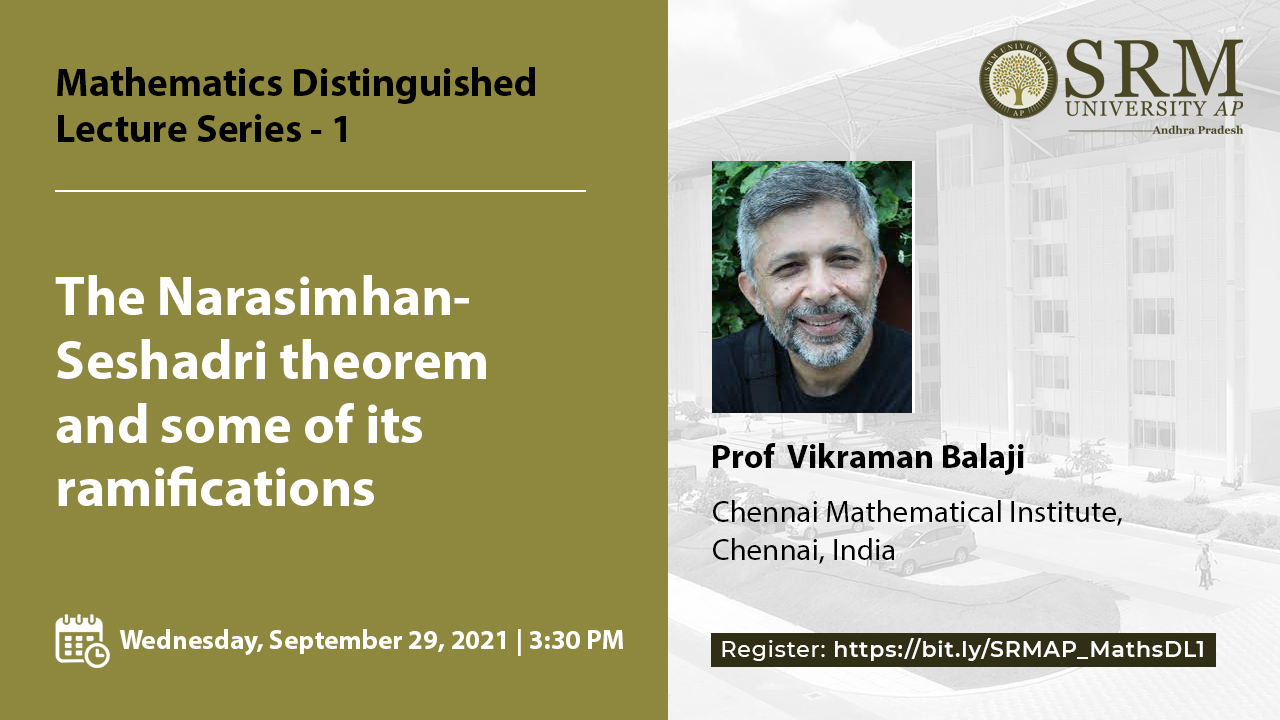 The Department of Mathematics at SRM University-AP organises the first episode of the Distinguished Lecture Series on September 29, 2021, at 3:30 pm. Prof Vikraman Balaji, renowned Mathematician from Chennai Mathematical Institute, Chennai, India will deliver a lecture on the topic “The Narasimhan-Seshadri theorem and some of its ramifications”

Abstract of the talk:

The Narasimhan-Seshadri theorem is one of the spectacular theorems from India in the past 50 years or so. The theorem is more than a deep result but is in a way philosophy or correspondences and symmetries. The theorem has had an impact on several aspects of mathematics. The theorem has also led to developments along lines that are similar but by themselves are also deep and central. Since the talk is for a general audience, I plan to give an overview of the theorem, a few of its big impacts in topology and geometry and a few of its ramifications in terms of generalizations.

About the Speaker:
Prof Vikraman Balaji is a renowned Indian Mathematician and currently a professor at the Chennai Mathematical Institute, India. He completed his doctorate in mathematics under the supervision of Prof C S Seshadri. His primary research area is algebraic geometry. He has made outstanding contributions to moduli problems over algebraic varieties. In particular, his work on ‘compactification of moduli of principal G-bundles over algebraic surfaces and his joint work with C.S Seshadri on ‘Parahoric torsors’ are very significant among his many other notable works. In 2006, he received the prestigious Shanti Swarup Bhatnagar Award in Mathematical Sciences and was awarded the J.C Bose fellowship in 2009. He was elected Fellow of the Indian Academy Of Sciences in 2007 and Fellow of the Indian National Science Academy (INSA) in 2015. He is presently an elected member of the National Academy Of Sciences, India (NASI).

Join this lecture on September 29, 2021, at 3.30 pm to understand the Narasimhan-Seshadri theorem and its impact on Mathematics.