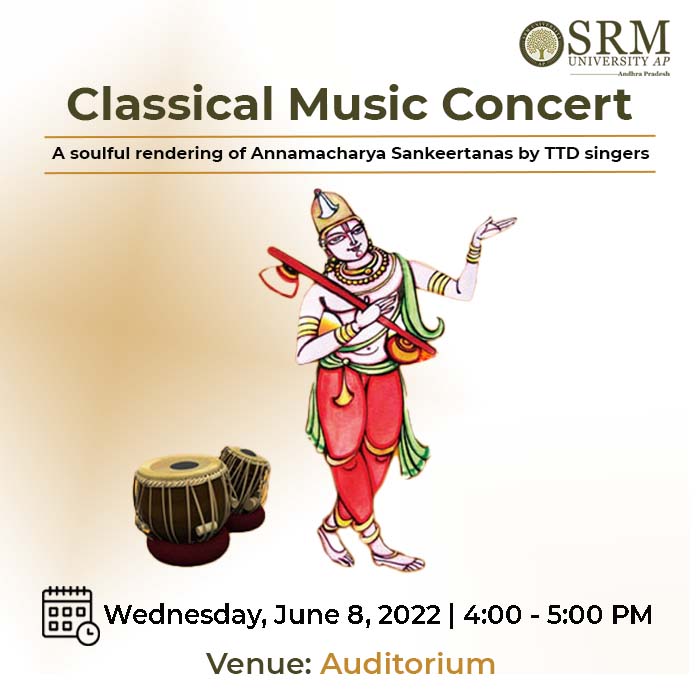 Tallapaka Annamacharya, popularly known as ‘Anamayya’, was a 15th-century saint and the earliest known Indian musician to compose songs called sankeertanas in praise of Lord Venkateswara. His compositions have strongly influenced the structure of Carnatic Music and are still making rounds in various music concerts and performances the world over.

Having composed countless odes to Sri Tirumala Venkateswara Swamy, Annamacharya is widely regarded as the Pada Kavitaa Pitamaha of Telugu poetry. He was a reputed singer and an eminent poet who gave life to the Telugu song and lyricism by blending the Telugu ‘Andhra Vedam’ for the easy understanding of the common man, with the summary of ‘Sanskrit Vedas’.

Tirumala Tirupati Devasthanams, also known as TTD, are on an endeavour to preserve the rich heritage of his compositions. They have set music to over 800 compositions of Annamacharya that have amassed wide popularity among the devotees. We are delighted to announce that the following TTD musicians will be offering a beautiful rendition of Annamacharya’s compositions at our university campus:

Lend your ears to their soothing and heart-warming performance.